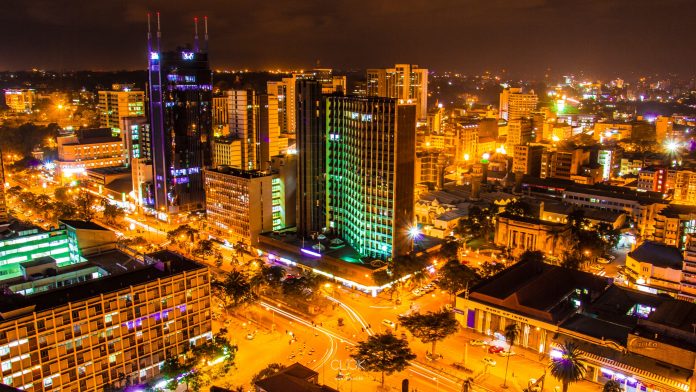 Everybody who has been in any of the African cities and the associated traffic always has questioned themselves: “why does everyone else need to move to the same place as I do…” The congestion-plagued cities are not a one-of-a-kind case but are certainly among the world’s worst with respect to traffic. This has not only caused a lot of losses in terms of leisure and working time, but also a lot of traffic-related pollution and resources. This pollution causes climate change, but also a health hazard to the city populations.

Rapid urbanization in Africa has caused a flood of people that all need to commute from A to B. Moreover, the fact that Africans have become richer over the years have caused a rising trend towards car ownership and use. The worst of it, all old cars that are banned in Japan or in Europe and exported to Africa, with bad pollution as a result. Finally, the road infrastructure has not kept up with this huge rise in passenger-miles. To confront all of these issues, African cities need to develop better urban planning systems.

Building more and more roads is a solution that is certainly viable to a certain extent. However, this requires careful planning and prediction of where passengers will come from and would like to travel to. Not only this but also for the future, since infrastructure will last for at least thirty years to come.

An old but not forgotten strategy is opting for a multi-modal transport system. Multi-modal means that various options of moving around are used when travelling from A to B. The Dutch are famous for their bikes and many bike-miles throughout the year. However, the strength of bikes is amplified if it is combined with public transport: Cycling towards a train or bus station, travel a longer distance, and then either walk to work or hire a single-use bike. In this way, up to four modes of transport are used, each efficient in its own area.

For cycling to work on the continent, safety should be inherently designed into the cities. Raised curbs, protected areas and car-free zones are options. In this video, it becomes clear how bikes can work together in shared spaces. You will see pedestrians, cars, buses, bikes and trams, all in one junction safely operating between each other.

The solutions above are focused on addressing the problems of congestion and still force the same A to B distance to work or home. As one might have noticed, during the morning a lot of traffic seems to be going towards the centre of each city, but during the evening, everyone is trying to leave town again, resulting in traffic jams towards the other way. The root cause of this problem is thus the mismatch of living spaces and working spaces.

Zoning is the magic solution that can offer a way out of this traffic hell for many inhabitants. In cities, most space is solely allocated to businesses, hotels or government buildings. You will find very few Africans living in the central district of the cities as the case is for most European cities.

In Kenya for instance, 1987, 2006, and 2012, zoning policies were developed by the Nairobi City Development Ordinances and Zones guidelines. However, these have failed to address the rising population that the city of Nairobi is faced with. Other options are building new industrial and economic centres, closely linked to the cities through highways and railways, allowing rapid movement between the centres, while offering good living spaces in both cities.

Mixed industrial, commercial and living zones can become an autonomous identity. People living inside would not be needed to move out of town and could just shop in the neighbourhood, work at the office next street and live in a green and affordable neighbourhood- without worrying about traffic and air pollution.

The way forward is two-fold. First, African cities need to provide their citizens with better modes of transport, promoting more sustainable alternatives, while allowing other modes to work seamlessly with them. Secondly, urban planners in Africa should think hard about zoning and the way to plan cities. Why do we need only one city centre, when we can have multiple connected hubs where people work, live, and relax? In this way, we can move towards more sustainable cities where it is healthy and fun to live while saving a lot of time and resources currently being spent on traffic.

The Dark Hand Of Pollution In Corona Deaths