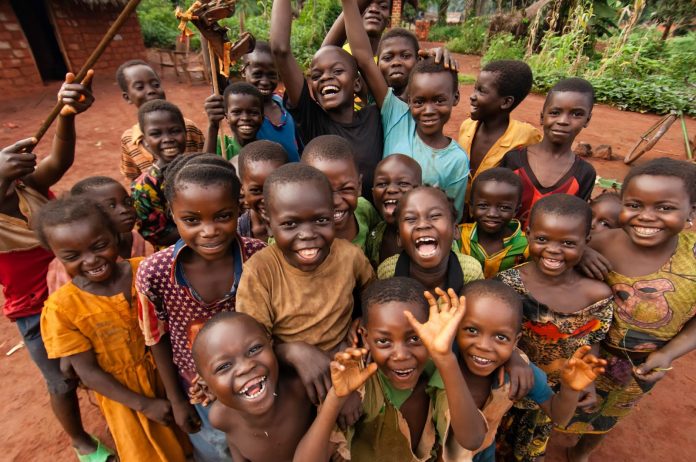 African children may not have a safe place to live in if the climate crisis in the continent is not well mitigated. Children are the least responsible for climate change, yet will bear the greatest burden of its impact.

This is according to a report: The Climate Crisis Climate Change Impacts, Trends and Vulnerabilities of Children in Sub Saharan Africa, recently released by the United Nations International Children’s Fund (UNICEF).

Africa is the only region in the world that is projected to experience a positive increase in the child and youth population by 2050, with declines expected elsewhere. However, the future of these children is deem as the continent continues to experience the extreme effects of climate change.

Recent years have seen serious climate-related crises including the severe ongoing crisis in the Sahel region of West Africa since 2012 in which a drought, food and refugee crisis continues to affect people in Niger, Burkina Faso, Mali, Chad, Mauritania, Senegal and the Gambia.

The Horn of Africa drought in 2017; Tropical Cyclone Idai and Tropical Cyclone Kenneth (the strongest storm to ever hit Africa) in 2019; and in 2020, the worst outbreak for decades of swarms of desert locusts across East Africa, with a huge threat to food security and livelihoods are among the climatic threats experienced in Africa.

“Climate change and its impact not only involve the natural ecosystem, but have severe implications for child rights, threatening to undo the major gains made in recent years and impede realization of the rights of children as captured in the United Nations Convention on the Rights of the Child (CRC),” the report adds.

The implications for the region are enormous as young people make up 62.9 per cent of the population in sub-Saharan Africa. Between 2017 and 2050, the child and youth population in the region is expected to more than double to 945 million.

In addition, the report notes that the inherent risks caused by the lack of adequate services in crowded slums, is anticipated that urban areas around the world will be affected by rising sea levels, increased precipitation, inland floods, more frequent and stronger cyclones and storms, and periods of more extreme heat and cold. Due to the concentration of children in urban areas, and their level of vulnerability, children will bear the heaviest impacts.

The report further says, Climate change impacts affect women and girls disproportionately, magnifying patterns of gender inequality. Many of the health risks due to climate change show gender differentials, with the gender-gap effects on life expectancy greater in more severe disasters, and in places where the socio-economic status of women is particularly low.

For example, natural disasters such as droughts, floods and storms kill more women than men and tend to kill women at a younger age. Additionally, women and girls disproportionately suffer health consequences of nutritional deficiencies and the burdens associated with travelling further to collect water.

UNICEF is calling for a paradigm shift in the economic development model to provide opportunities for future generations without destroying the natural environment.

This, the organization says, will require drastic changes in individual behaviors, regulations, and business practices. The participation of young people is a necessity and part of their fundamental rights.

UNICEF says that children should be recognized as co-creators of solutions to climate change. Their concerns and ideas need to be heard, political space for them created, and economic opportunities linked to environmental sustainability made the new normal.

The UN organization promises to elevate the voices of children and young people in the global climate discourse, encourage their environmental activism and promote their involvement in activities that combine environmental sustainability and economic development.