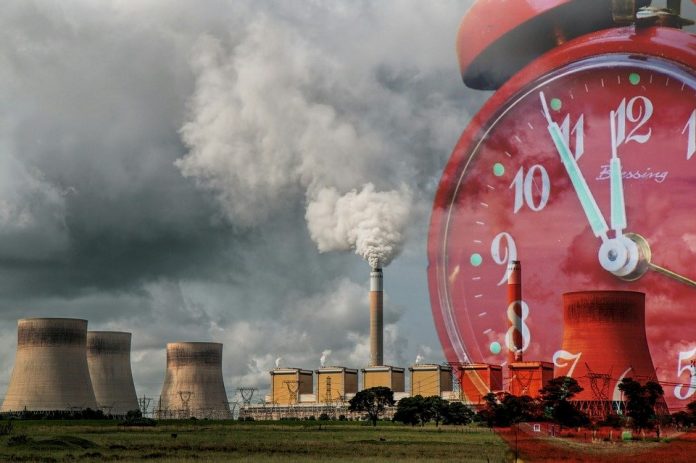 Decoupling economic growth from environmental pressures and impacts is becoming a mirage day after day. Unfortunately, if we are going to safeguard future generations, there is a need for the decoupling to be achieved globally.

Although it is not an easy task, economic growth will need to be decoupled from resource consumption and environmental pressures. A look at global material footprint, Gross Domestic Product (GDP) and greenhouse gas emissions will clearly show that these have increased over the years and are also correlated. Population growth, the emergence of the affluent middle class and technological development have also not helped the situation.

This calls for all stakeholders to re-think production, consumption and resource use and aim to reduce the detrimental effects on the natural environment and human health. Governments must play a role to enable the movement towards sustainable production and consumption.

The Kenya Government, through the requirements of the Paris Agreement on climate change, has declared that it will be cutting carbon emissions by 32% by 2030. This is a step in the right direction, but the fundamental point remains- how will this be possible?

Policymaking, being the forte of governments, is the best bet for enabling the committed emissions cut. For instance, the Climate Change Act in Kenya is a step in the right direction, and its full implementation is desired. As part of the implementation, the government may consider using incentives and disincentives to curtail carbon emission.

A good possibility will be carbon tax. If well designed as a tax to fairness, adequacy, simplicity, transparency and administrative ease, it could form a solution to moving the private sector towards the net-zero objectives of the Paris Agreement. Such tax considerations would lead to reduction in emissions and, at the same time, would deliver benefits to the citizens.

Kenyans and many other African citizens are highly taxed and carbon taxes may result in even more political polarization, resulting in the citizens’ provocation. Private sector players, especially those in the heavy emitting sectors such as energy, cement manufacturing and transport will blame such tax for their reduced operations.

If they introduce the carbon tax, governments must be ready to distribute to those who bear the costs and be accountable for the same. This will go a long way to helping limit undesirable political consequences.

A carbon tax should be based on a fixed carbon price that the government should set based on its curtailment objectives. IMF has, for instance, pointed out that a carbon price of $75 a tonne of carbon dioxide could be a way of reaching the goals of the Paris climate agreement. This would mean that for every tonne of carbon dioxide emitted, the responsible company or entity should pay a price of $75. Other ways to tax carbon will be through initiatives such as fuel taxes, the removal of fossil fuel subsidies and regulations that may incorporate cost of carbon.

The implementation of the carbon tax calls for thoughtfulness to avoid the unintended consequences. One such effect will be making the Kenyan products more expensive. To avert this challenge, the government should consider carbon border taxes, also known as Carbon Border Adjustment Mechanisms, or CBAMs. The result will be taxation of imports based on the amount of carbon released in their production. This will have a double effect of protecting the competitiveness of Kenyan goods but at the same giving a solid incentive for other countries to clean up their industries.

Another mechanism would be that of the development of a carbon market with a well-developed carbon trading system. The carbon market will provide entities with a solution to reduce the carbon tax to be liable. This works because businesses will have an option of buying tradable carbon emission permits to produce carbon dioxide. The heavy emitters will be forced to buy the excess permits of those that have extra carbon permit out of their initiatives to cut carbon.

The carbon market will help shift the burden of emissions back to those responsible for it. Instead of dictating who should reduce emissions where and how, a carbon price gives an economic signal and polluters decide for themselves whether to discontinue their polluting activity, reduce emissions, or continue polluting and pay for it.

The right climate policies can address the decoupling challenge and stimulate clean technology and market innovation that would fuel new, low-carbon drivers of economic growth. The net effect will be tremendous opportunities for transformative investments and a decoupled economic growth in our economies.

Eco-growth and new normal after Covid-19

How the private sector is key in implementation of NDCs

Small Enterprises at The Wheel in Green Economy Drive

Why The Honeybees Buzz Is Going Quiet In Kenya