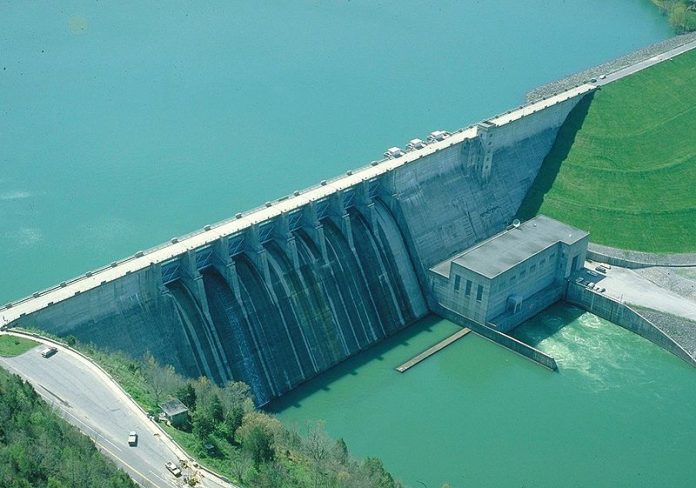 Kenya’s Lake Turkana wind plant, which curtails power generation during nighttime when the country’s demand is low, could direct the surplus to electrify pumps for recycling hydroelectric dam water.

The 310MW wind farm in northern Kenya, which records highest wind speeds from evening, has to shut down several turbines at night when the country’s consumption drops by nearly half. Kenya is yet to evolve into a 24-hour working economy, hence when the night falls, activity drastically slows down.

For shutting down several turbines on reduced demand, Lake Turkana wind investors are paid a curtailment fee by retailer Kenya Power for the deemed energy. Payments for curtailed generation surged by $180 million (Sh18 billion) to Sh70.8 billion last year. This left Kenya Power with a skeleton net profit of Sh262 million in the last financial year, a 92 percent slump, its worst performance in over a decade.

But this grim picture could be turned around.

Experts suggest that the nighttime surplus wind power could be used for hydropower recycling, with the economy benefiting from the clean energy even at night.

That’s besides future plans to sell excess nighttime generation to neighbouring economies upon completion of the ongoing interconnecting transmission lines with Uganda, Tanzania and Ethiopia.

Hydropower recycling, also known as pumped hydropower storage (PHS) or water battery technology is where electric pumps are installed at a hydropower dam to pump downstream water uphill back to the dam. The pumped storage technology ensures steady generation of cheap hydropower throughout the year even during prolonged bouts of drought.

It’s a standard global practice for the pumping to happen at nighttime when electricity demand is low.

“During periods of low demand, especially nighttime, renewable energy such as wind is used to pump water uphill. When demand increases, water from the upper reservoir runs downhill through the turbines to produce electricity,” says International Hydropower Association (IHA).

In Kenya’s context, the surplus nighttime Turkana wind power could be used to pump dam water to elevation and stored for release and generation during daytime, and during peak demand.

Government-owned power producer KenGen plans to install the pumped storage technology at its key hydro dams. It’s not yet clear whether the Nairobi bourse-listed company will tap the Turkana surplus wind to power the pumps.

The 310MW Turkana wind farm is the largest in Africa, enough to light up to one million Kenyan households and started operating in September 2018.

The wind park is currently electronically synchronised with hydroelectric plants.

Hydros serve as Kenya’s spinning reserve – stabilising the national grid by balancing out fluctuations in wind and solar power. This is despite the fact that hydroelectric dams are vulnerable to drought, a situation that hydropower recycling could help stabilise should Kenya adopt it.

Hydropower is Kenya’s cheapest electricity source at an average of $0.05 (Sh5) per unit, while Turkana wind costs €0.0853 (Sh9) per kWh – in the same range as Kenya’s geothermal.

“Pumped storage succeeds in balancing the variable nature of wind and solar by providing reliable energy in bulk and on demand for sustained periods,” the association says.

The hydropower agency says that a lack of flexibility can reduce the resilience of power systems or lead to significant losses of clean electricity via curtailments. As variable renewable energy continues to grow and, in some systems, begins to displace conventional generators, system operators are faced with the challenge to effectively manage increasing uncertainty and variability.

Flexibility here refers to a power system’s capability to maintain uninterrupted service when encountering often large and rapid swings in supply or demand.

Flexibility in electricity systems can be provided by four main pillars:

• Flexible power supply – such as gas turbines and hydropower that are capable of rapid start-ups and dispatching adjustable output;

• Flexible power demand – where consumers are incentivised to adjust their demand according to system requirements such as demand-side response;

• Interconnections to adjacent power systems – essentially expanding the area over which supply and demand can be balanced, while linking distant flexible generators; and

These flexibility tools can protect the security of the electricity grid by ensuring that demand is always met.

The International Hydropower Association (IHA) estimates that the total energy stored within the world’s pumped hydropower storage projects to be about 9,000-gigawatt hours (GWh).

The Time To Act On Climate Change Is Now