Everything you see exists together in a delicate balance. As king, you need to understand that balance and respect all the creatures, from the crawling ant to the leaping antelope.” –Mufasa 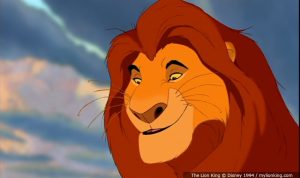 It’s been over a decade since I watched lion king. Back then Simba was idolized. We would laugh at Timon and Pumbaa. These two creations from Disney Movies are what most of us could relate to in terms of adventure and ‘Hakuna Matata.’ Then came virtual games, and we all forgot reality. The reality that at some point Mufasa died and Simba had to save the pride- by making sure that all animals exist together in a delicate balance.

A remake of Lion king then premiered on July 19, 2019. Now it is the center of attention but what will we get from it? it is anticipated that #protectthepride will help protect the lions in Africa which are currently endangered. Seems like this Disney movie is becoming a reality. I will tell you where we pause the movie then press play and embrace one of the characters we most dread and deem the antagonist- Scar.

The lion population has decreased by 42% in the past 21 years according to IUCN between 1993 and 2004- with less than 20, 000 remaining. Yes, we are in charge of the pride and we are Scar- the human population- yet we need Nala, Sarabi, Zazu, and even Scar.

The information comes through the latest update to the IUCN red list, which continues to identify lions as ‘vulnerable to extinction’- one step short of endangered. The reason behind it is the conservation efforts that have resulted in an 11 percent growth in elephant population. This has been done in countries- Botswana, Namibia, South Africa, and Zimbabwe. most of these southern populations live within fenced reserves which have reached the carrying capacities and cannot support additional numbers. No wonder Nala will leave to seek an alternative solution which entails eating Pumbaa but in this case Simba sides with her.

Outside these four nations, things are not so bright. Lion populations have fallen in most other countries, with an average decline of 60 percent. The worst-hit has been western African populations of lions, classified as critically endangered. In a study that was published in 2014, found that only 400 lions remained in the 17 nations of West Africa.

How do we compare to scar?

The threat facing Mufasa and the rest of the pride varies, but the IUCN identifies a few major causes for the decline. Scar does not care about the pride he let the hyena’s take over, leading to a lack of food and water for the pride. For one, many animals that lions eat are fast disappearing due to habitat loss and the growth in agriculture to feed Africa’s already growing population. That has put animals in conflict with humans.

The IUCN found that lion predation of livestock can cost a Kenyan rancher $290 a year, a huge hit in a country where the gross national income per capita is just over $1000. Farmers, according to IUCN ‘indiscriminately’ – kill lions that attack their flocks or out of fear they may attack their livestock in the future.

Scar got rid of Simba to satisfy his own needs just like us -poaching is not a new word to us. A growing international trade in lions has fueled lion poaching and commercial hunting. According to the Born Free foundation, the number of lion parts and whole lions exported from Africa between 2009-2013 was double the amount shipped in the previous five years. This is currently legal under the Convention on Trade in Endangered Species (CITES), which allows lion trade under certain permits. Lion bones are used in traditional Asian medicine and have been in increasing demand.

The loss of lions has a negative effect on Africa’s fragile eco-systems. Well, the pride plays a very important role in the food chain, helping to regulate numbers of the more dominant herbivores species, such as zebra and buffalo. Without lions to control them, these species can out-compete other animals, causing their extinction and reducing biodiversity.

Tourism is also a major boost to African economies and lions continue to be the biggest attraction. Majority of Africa’s most needy communities rely on income from tourism and would suffer if lions were no longer part of the safari experience for visitors.

It’s time we took action, not only by going to theatres to stand with Mufasa but also by taking the initiative. The initiative to protect the pride or a decade later, we will only relate to what was produced in theatres as a reference that lions once existed.

Exactly What Are You Wearing?