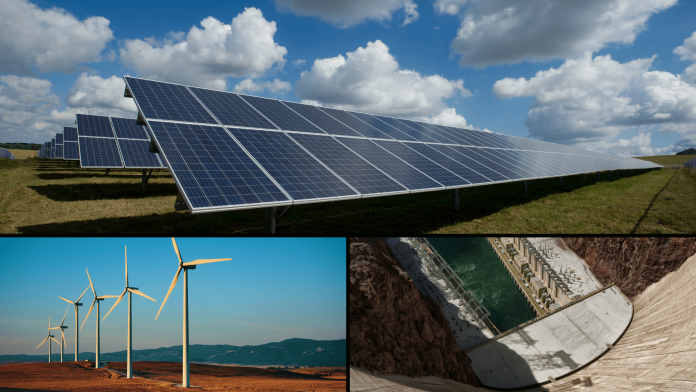 Beyond the horizon, past the distant shades of evening glow and mystical nights, what’s the picture of Kenya’s future energy landscape like?

Indeed much ground has been covered in the country’s forward march towards energy security. Most Kenyan adults would recall the dark days when bouts of blackouts would religiously roll across the country whenever the rains failed.

Now, the fortunes of East Africa’s economic powerhouse have greatly improved over the years, energy-wise. The frequency and duration of outages have steeply dropped, be it during scheduled maintenance or unforeseen network breakdown.

This is a product of deliberate planning and execution of strategic blueprints involving construction of a diverse set of power plants along with upgrade of the previously rickety national grid network. Granted, the country still has a lot of miles to cover to get its energy house in order, to get to world class level.

So what new trends should consumers and investors watch out for in Kenya’s energy space?

Kenyan households and companies with solar panels, be it on their rooftop or carports, will now be able to sell surplus power generated by their panels to Kenya Power.

Their grid supply then earns them credits, reducing their future electric bills – a concept called net-metering.

This provision was activated by the coming into effect of the Energy Act 2019.

Already, telecommunications company Safaricom is looking to step into this space

In the net-metering regime, widely practised in Europe and the US, households and companies connected to the national power grid and at the same time having their own rooftop solar plants will be allowed to supply into the grid their excess power. Since such homes or companies also receive electricity from the national grid, their monthly net billing becomes the difference between what they got from the grid and what they supplied. This means they end up with a significantly lower bill, or at times none at all when their supply exceeds consumption.

Equally, communities can pool together funds and construct power plant(s), wind or solar – to be owned jointly through their energy cooperatives, for own use with excess generation sold to the national grid through Kenya Power. This would ensure decentralisation of electricity supply.

For instance, Carlo Van Wageningen, the Dutch founder and board director of Lake Turkana Wind Power Ltd (LTWP) – the company behind the 310MW Turkana wind farm plans to democratise ownership of power plants among Kenyans through wind projects. He seeks to create a special purpose vehicle through which individual Kenyans and local investment groups could invest directly in construction of wind turbines in exchange of equity stakes, from which to earn from power sales.

For homes, net metering ensures stable power supply by creating redundancy through an extra power source, meaning a household can have power supply even as the whole neighbourhood is cut off from the grid during downtimes.

On the flipside, much as it favours homes and businesses, it runs the risk of narrowing the revenue stream for Kenya Power which has all along enjoyed monopoly over the power retail market.

As more people install solar panels, batteries and smart software, formerly passive consumers of electricity are set to become producers and consumers (prosumers) of electricity in an interconnected grid. Innovation in smart grid and advances in communication technologies may lead to the emergence of an ‘energy internet’, allowing thousands of people to produce electricity in their homes, offices and factories and share it peer-to-peer.

Billed as the grid of the future being built today albeit in an experimental approach, mini-grids are promising to be a game changer in lighting up rural village populations ahead of the arrival of the national/central power grid.

Minigrids, largely powered by solar panels complete with distribution lines connecting rural households, are in the business of decentralising electricity access to villages. Some see the mini-power generators as vessels through which electricity access could be fully democratised. This is because extension of the national grid via construction of overhead transmission lines to transport electricity to rural areas is a very expensive, long-term exercise.

This means some areas, without the off-grid power interventions like minigrids, would otherwise remain in the dark for many years to come. Plus, most African nations only connect regions that show potential for increased economic activity with backwater areas left to their own devices. Luckily, minigrids and standalone solar service providers do not discriminate households and would swiftly connect any willing customer. If anything, it’s exactly such a customer segment neglected by the government that minigrid investors are eyeing to oil their off-grid business machinery.

Sector players have drawn parallels between the mobile phone wave that swept through the telecommunications space in Africa and what’s happening in the energy space. Just as most African households not connected to fixed landline telephones leapfrogged the now redundant technology through portable cell phones, most off-grid village folk are now accessing electricity outside the national grid, thanks to flexible off-grid power solutions. By their very nature, mini-grids are quick to construct and cost a lot less, positioning them as the shortest route towards faster rural electrification.

Further, these decentralised nodes of electricity generation and supply are generally resilient in the sense that villages hosting them can remain lit even during a nationwide blackout should the national grid suffer a total breakdown. Besides, some market players aver that in future, these largely isolated small grids in different villages could be linked together creating a giant web of energy infrastructure to allow power exchange and further tighten their resilience.

Use of drones is slowly buzzing its way in Kenya’s energy sector.

In 2018, Kenya Electricity Transmission Company (Ketraco), through Chinese contractors, turned to drones in stringing high voltage power line on pylons for the 435km Suswa-Marsabit transmission line connecting the 310-megawatt Lake Turkana wind farm to the grid. Deployment of drones proved less cumbersome and got the work done a lot faster, according to the Ketraco executives who have indicated that future projects, especially those traversing remote, rugged terrain, would follow a similar route.

Electricity distributor Kenya Power recently also indicated plans to use drones for surveillance and maintenance of its power network. The impending switch to the pilotless aircraft, away from helicopters currently used for patrols, is expected to cut costs and improve service delivery, translating to less downtime for homes and businesses during network breakdowns.

Power producer KenGen has equally announced it would tap into drone technology for surveillance of its geothermal power projects in remote, rugged Olkaria steam fields, Naivasha. Deployment of drones, also known as unmanned aerial vehicles (UAV) will help KenGen collect data and relay it to control centres in real-time.

The drones plan coincides with KenGen’s quest to deploy Internet of Things (IoT) to boost operation and maintenance of power plants.  The IoT technology connects separate devices, appliances and equipment via the internet, allowing them to communicate with each other, collect and exchange data.

The World Bank estimates that Nairobi’s electric vehicle market will hit Sh500 billion ($5 billion) in the period to 2030, swinging open a golden investment window for businesses.

Already, Nairobi-based Opibus, founded by a group of university students from Sweden, is piloting conversion of petrol cars to electric cars by replacing engine and fuel tanks in cars with electric motor and battery. The conversion promises customers a steep drop in their motoring expenses, along with zero carbon emissions and pollution.

Not to be left behind, electricity distributor Kenya Power has also hinted at plans to partner with an undisclosed electric cars service provider, an arrangement that will see the utility firm operate solar powered charging stations.

Kenya’s largest power producer KenGen has announced plans to install pumps at its key hydroelectric dams such as Masinga dam to pump downstream water uphill back to the dam, some kind of energy recycling.

Hydropower recycling, also known as pumped hydropower storage (PHS) or water battery technology is where pumps operated by electricity are installed at a hydropower dam to pump downstream water uphill back to the dam. The pumped storage technology ensures steady generation of cheap hydropower throughout the year even during prolonged bouts of drought.

During periods of low demand, especially nighttime, renewable energy such as wind is used to pump water uphill. And when demand increases water from the upper reservoir runs downhill through the turbines to produce electricity.

In Kenya’s context, the surplus nighttime power from the 310MW Turkana wind farm could be used to pump dam water to elevation and stored for release and generation during daytime.

Solar power solutions companies in Kenya are increasingly adding machine learning within their kits, enabling them to accurately predict trends and adjust performance to ensure optimal output at all times, regardless of weather conditions. This is proving crucial at a time when weather conditions have become wildly unpredictable as the effects of global warming and climate change hit home.

For instance, SunCulture, a Kenyan solar irrigation technology company, has introduced a solar irrigation pump capable of studying the weather using built-in algorithms and optimising performance at all times.

The solar-powered kit, known as RainMaker2, equally incorporates Internet of Things (IoT) and sends phone SMS alerts to farmers advising them to time their irrigation, based on weather patterns predicted by the climate-smart machine.

With the machine learning component, farmers can seize control of their production patterns, without being at the mercy of weather conditions.

UK-based Azuri Technologies, which installs pay-as-you-go solar kits for lighting and powering electronics in off-grid homes, is yet another company that has incorporated machine learning in its devices as has Nairobi-based M-Kopa.

The smart kits monitor homes’ power usage and adjust light brightness according to levels of energy stored in the battery in order to sustainably meet the customers’ daily power needs, including nighttime. This way, the kits provide light in off-grid households every night regardless of whether there was sunshine during the day or not.

Kenya is transitioning to an auction system for renewable energy projects that will introduce competitive bidding in the sector with the aim of generating the lowest tariffs possible.

The auctions will replace the current feed-in-tariff (FiT) system, where investors identify potentially viable power projects and then acquire licences to operate them at pre-determined rates without any requirement for tendering.

The competitive bidding system will see the government pick power projects and award them to bidders who offer to charge consumers the lowest tariffs.

Kenya adopted the feed-in-tariff in 2008 to attract investors in renewable energy as an alternative to expensive diesel-generated electricity.

The tendering would help Kenya plan well and match power demand with supply and avoid ending up with more than excess electricity capacity that would force consumers to pay for idle plants.

Read also: An inside look at Kenya’s thermal power plants