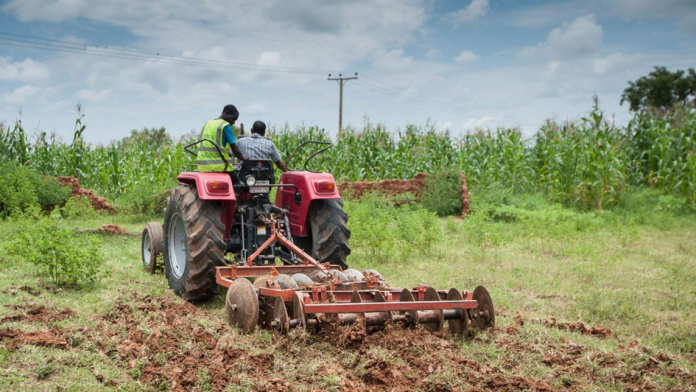 While the agricultural sector employs 40% of the total population, it fails to feed the country. Kenya needs to import food in order not to die of hunger; a grand total of 100 billion Kenyan shillings have been imported in the first half of this year[3].  If Kenya wants to stay competitive, it needs to innovate.

Modern Agriculture is the redeemer for Kenya

Modern agriculture consists of mechanization, digitalization and new growing practices. However, before we cross over to modern agriculture, we need to set some things straight: agriculture is not the easiest in this country due to its arid regions, and because of its colonial past, Kenyan farmers have focused on the European cash crop market- which is not tailored to the current market conditions. Fortunately, its past does not matter, Kenya does not need to keep itself in this position. No, an innovative industry and bright minds can transform Kenya intothe best ranking countries due to its fertile grounds and natural capital it has in stock.

Mechanization can make hard work light and increase the time spent on things other than ploughing the land or cultivating crops at the end of the season. Irrigation, for example, is a practice that is still not employed everywhere, even though it increases productivity substantially. Moreover, irrigation reduces the risk of crop failure. The capture of rainwater for the dry season should thereforebe implemented.

Digitization is also a key strategy to increase productivity according to the top producers of agricultural products. For example, a key innovative player incubated by KCIC is Ujuzi Kilimo that develops technology that allows farmers to measure key growing parameters, such as the nitrogen or moisture content of the ground. This information, in turn, allows farmers to precisely apply fertilizer or moisture only where needed, avoiding over-fertilization or giving more nutrients than necessary. Data-driven farming is the future for feeding the growing population of the world, and Kenya can hop on to this trend by importing new tech or developing their own tools to make food more affordable.

New growing practices that are being developed by researchers have shown to offer great potential to the whole market and to specific niche sectors. One of them is greenhouses; they offer a protected space for plants to grow while allowing for the direct control of the needed growth conditions. One can adjust the temperature, humidity levels, lighting, water, CO2levels, nutrient supplements, and pesticide controls. As the future of farming is science-based, greenhouses offer farmers the best options to do so. What Kenya needs is to upgrade the current horticulture sector and educate new researchers to work together with the brightest in the world to raise Kenya’s competitive edge.

Above is a picture of greenhouses in The Netherlands, a top ranking country and second-largest food exporter in the world with a land mass just 1/15ththe size of Kenya. ©George Steinmetz.

Not only will new technology and practices make Kenya competitive, but new economic structures will have to form.  Since small shareholders have too little capital to invest in improved practices, either large investors will need to pitch in or smallholderscan all pitch into a community-driven project. The latter option could be even better for them, given that they can all invest in new technology and share their best practices among each other. This also decreases costs ofgettingtheir produce to the market, since they have more power and resources at hand.

There are plenty of problems at hand in the agricultural sector in Kenya. However, by following market conditions, working together and employing the brightest of minds, Kenya can transform itself into one of the top-producing countries in the world.  All stakeholders- from the government to investors and from smallholdersto the supply chain- need to work together and force each other to become competitive again and reduce costs while increasing profits for everyone. We should not need to import food- we can make it our own and even plentiful more to sell on the world market.

“Not to innovate is to die.” A famous sentence coined by Freeman, a leading economist.

Water- An All Inclusive Entity. But Is This the Case?