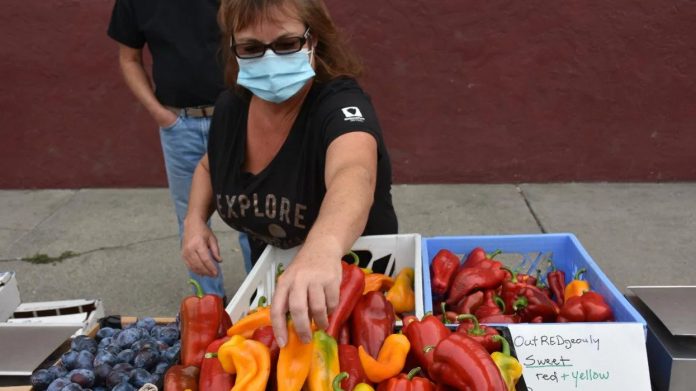 Beyond the questions surrounding the availability, effectiveness and safety of a vaccine, the COVID-19 pandemic has led us to question where our food is coming from and whether we will have enough.

According to a United Nations World Food Program (WFP) report, COVID-19 might have left up to 265 million people with acute food shortages in 2020. The combined effect of the pandemic as well as the emerging global recession “could, without large-scale coordinated action, disrupt the functioning of food systems,” which would “result in consequences for health and nutrition of a severity and scale unseen for more than half a century,” states another UN report.

In the United States, “food insecurity has doubled overall, and tripled among households with children” due to the pandemic, states a June 2020 report by the Institute for Policy Research (IPR) at Northwestern University, which relied on data provided by the U.S. Census Bureau’s Household Pulse Survey. In a recent interview with CBS News, IPR Director Diane Whitmore Schanzenbach warned that these statistics would likely “continue to hold,” with the numbers indicating particularly dramatic rises in food insecurity among Black and Latinx families. Indeed, families of color are being disproportionately impacted. According to an analysis of new Census data by the Center on Budget and Policy Priorities (CBPP), 22 percent of Black and 21 percent of Latinx respondents reported not having enough to eat, compared to just 9 percent of white people.

Globally, the effects of COVID-19 on food security are equally, if not more, severe. According to a CBS News report, WFP Director David Beasley told the UN Security Council in April 2020 that the world is on “the brink of a hunger pandemic.” He added, “In a worst-case scenario, we could be looking at famine in about three dozen countries, and in fact, in 10 of these countries we already have more than one million people per country who are on the verge of starvation.” Read more…

One Brick At A Time: Building A Better Future

Eco-friendly Styrofoam-alternative made from paper waste