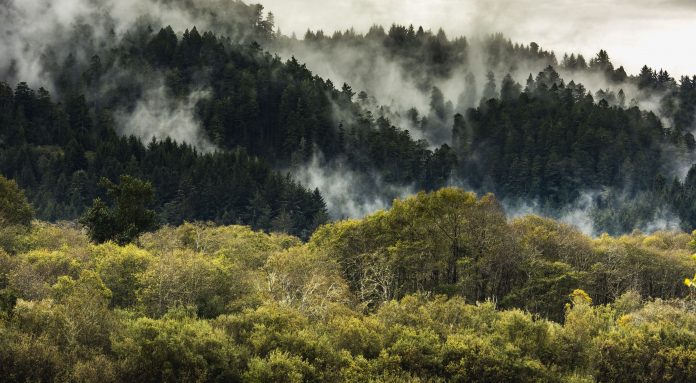 Forests, grasslands and wetlands are known to trap and store carbon, naturally helping the earth reduce carbon levels in the atmosphere.

But what would happen if these carbon sinks, including the Amazon rainforest and Congo Basin, released the sequestered greenhouse gases (260 billion tonnes) back into the atmosphere?

The simple answer is that it would spell doom for humanity in form of harshest climate effects and that’s precisely why humankind cannot afford to let it happen. Such ecosystems should be protected at all costs, according to a research note by scientists from Conservation International – an American non-profit environmental agency.

The scientists have compiled carbon data from forests, grasslands and wetlands across the world in efforts to champion conservation of these living carbon reserves.

They identified pockets of ‘irrecoverable carbon’ — vast stores of carbon at risk of being released back into the atmosphere as a result of unsustainable human activities. If released, this amount of carbon cannot be captured back by 2050 – the year by which the earth needs to reach net-zero emissions to avoid a climate catastrophe. The scientists have used the term ‘irrecoverable carbon’ to mean if lost from the carbon sinks such as forests it won’t be recovered, worsening carbon levels in the atmosphere.

“Carbon is constantly flowing in and out of ecosystems, but as humans destroy city-size swaths of forests at an increasing rate, the scale is tipping heavily towards out,” said Will Turner, a scientist at Conservation International.

“We already know that fossil fuels release massive amounts of emissions and that we need to keep them in the ground. We now know that when particular ecosystems are destroyed or degraded, they release massive amounts of carbon that we simply cannot get back in time to avoid the most dangerous impacts of climate change. We have to make protecting of these places a top priority of this decade,” she added.

Irrecoverable carbon, the study reveals, spans six of the seven continents, including vast stores in the Amazon, the Congo Basin, Indonesia, Northwestern North America, Southern Chile, Southeastern Australia and New Zealand. These ecosystems contain more than 260 billion tonnes of irrecoverable carbon, most of which is stored in mangroves, peatlands, old-growth forests and marshes. This amount of carbon is equivalent to 26 years of fossil fuel emissions at current rates and risks escaping back into the atmosphere should the natural systems be destroyed.

“We are talking about a generation’s worth of carbon contained in these critical ecosystems,” said Allie Goldstein, a climate scientist at the agency.

“The good news is that we now know where this irrecoverable carbon can be found — and it is largely within our control to protect it.”

Further, the report says that tropical deforestation rates, driven by agriculture and logging, have soared across the world. In the Amazon, the world’s largest rainforest, forest destruction has surged a staggering 85 percent since 2018. Mangroves continue to be destroyed, with more than 247,000 acres lost from 2000 to 2012. Peatlands are suffering a similar fate, drained and cleared, mostly to make room for oil palm plantations.

As agricultural production and development intensify across the globe, countries must act both reactively and proactively to protect these crucial ecosystems, Turner advised.

“Preventing deforestation only in places where it is happening right now is like having a health-care system made up of only emergency rooms. We need to be proactive about protecting these living carbon reserves while we still can.”