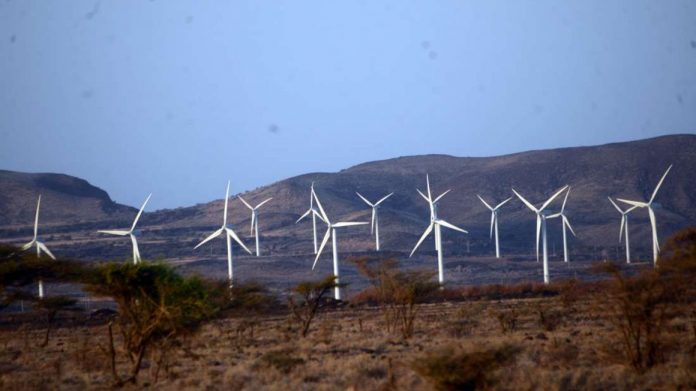 The ongoing shift from fossil fuels in electricity generation to solar and wind is opening up possibilities for individuals to produce, sell and buy power outside or within the national grid.

Due to easing costs of solar technology, along with smart distribution systems, almost anyone with a rooftop, carport or some land can produce electricity either for self-use or grid supply. This holds the promise of producing a diversified and resilient energy ecosystem whose benefits are to be shared among the wider society.

Transition to renewables carries the potential to reshuffle political and economic centres of power through decentralisation and democratisation of energy systems.

What this means is that the role of the centralised State in the energy system may change, as new actors and new business models emerge and flourish.

In Kenya, dozens of manufacturers, shopping malls, flower farms and gated communities are installing grid-tied solar powered stations for own use, driven by the need to cut their power bills.

It is for this reason that electricity retailer Kenya Power has indicated plans to start building captive solar plants at the premises of its large customers with the promise of handing them discounted tariffs. Rattled by recent grid defections, the utility firm is keen to carve out a share of the solar market.

While large consumers are opting to set up plants for own use, some independent investors are building mini-grids in off-grid remote villages for direct electricity sales to homes and small businesses. Others such as M-Kopa are supplying villagers with pay-as-you-go solar kits for lighting, charging phones and powering TV.

Kenya’s Energy Act 2019 provides for introduction of net-metering, as is the case in Europe, to allow households with grid-tied solar, wind or biogas plants to feed excess power generated by their systems into the national grid.

Since such homes also receive electricity from the national grid, their monthly net billing becomes the difference between what they got from the grid and what they supplied. As more people install solar panels, batteries and smart software, formerly passive consumers of electricity may become users and producers in an interconnected grid. Innovation in market design and smart grid technologies, including storage, permit stable management of variable renewable power on the grid.

Further, advances in communication technology may lead to emergence of an ‘energy internet’, allowing hundreds of millions of people to produce electricity in their homes, offices and factories and share it peer-to-peer.

The upshot is that the green energy shift will give rise to a new world of energy ‘prosumers’ (producers and consumers at the same time), in which assets will no longer be owned exclusively by centralised utilities or the state.

In a centralised energy system, the financial benefits of energy also tend to be concentrated in the hands of corporations and governments. A decentralised, renewable electricity system, by contrast, gives consumers a true choice of energy sources and a share in its economic benefits, while enhancing social acceptance of renewables investments.

In Germany, for instance, private individuals owned nearly a third of installed renewable power capacity in 2016, making them the largest ‘bloc’ of investors in the sector. Additionally, decentralised renewables can also help to increase the resilience of local communities against environmental disasters that often cut off affected areas from national power supply.

For instance, Higashi-Matsushima, a Japanese city affected by the earthquake and tsunami in 2011, chose to rebuild its energy infrastructure around microgrids and decentralised renewable energy.

In the United States, microgrids became popular after Hurricane Sandy knocked out power for 8.5 million people in 21 states. Renewables have moved to the centre of the global energy landscape. Technological advances and falling costs have made renewables grow faster than any other energy source.

While the surge in wind, solar and other renewables has taken place mostly in the electricity sector, new technologies are enabling this transformation in other sectors too. Electric vehicles and heat pumps are, for instance, extending the deployment of renewables in transport, industry and buildings.

This green energy transition is seen to have the potential to level the ground between traditional energy exporters and importers. For long, the uneven geographic concentration of fossil fuels has favoured only a few countries with reserves through exports.

But with renewables, countries with no fossil fuel reserves could still meet their energy needs through free and abundant resources like sunlight.

Why We Must All Join the Reuse & Recycle Bandwagon