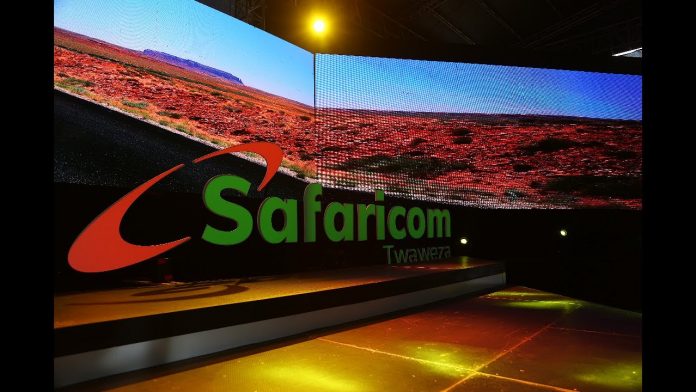 Telecommunications company Safaricom is holding talks to start supplying power to the national grid from solar and wind power plants at its base stations.

The mobile phone service provider is moving to take advantage of the Energy Act 2019, which allows households and businesses connected to main power grid to generate their own electricity and supply any excess to the grid. Their grid supply then earns them credits, reducing their future electric bills – a concept called net-metering.

“We’re planning to enter this area; it’s something that we’ve engaged various interested parties and technical experts and discussions are still at an early stage, but it’s our intention to enter this area,” Safaricom Head of Sustainable Business and Social Impact Sanda Ojiambo said in an interview.

Safaricom has a big footprint that covers almost every corner of Kenya through its base stations (cell phone towers totalling 4,945). Majority of these stations are connected to the national grid and hybridised by solar power and standby diesel generators, which the telco is replacing with green sources as part of its sustainability goals.

The telco first announced its green power supply intention last year during the One Planet Summit in Nairobi, a strategy it sees as good for the environment and its business.

The Energy Act 2019, whose regulations are being drafted, for the first time introduced net-metering in Kenya, a window through which Safaricom wants to enter the power market.

Under net-metering, widely practised in Europe, households and companies connected to the national power grid and at the same time having their own solar plants will be allowed to supply into the grid excess power generated by their plants. Since such customers also receive electricity from the national grid, their monthly net billing becomes the difference between what they got from the grid and what they supplied. This means they end up with a significantly lower bill, or at times none at all when their supply exceeds consumption.

Currently, Safaricom is in the pay-as-you-go (pay per use) solar kits market through its Nairobi-based partner M-Kopa.

More recently, the company which is the most profitable in the region has been trialling wind turbines on two of its sites in Turkana.

“We’ve trialled two more sites in Turkana; for us it has been an extension of our commitment to reduce reliance on non-renewable energy sources and the two pilots have been highly successful,” said Sanda.

As of end of last financial year, some 155 network sites belonging to the firm were being powered by solar/wind hybrid renewable energy solutions.

Only a handful of base stations in remote off-grid areas are exclusively powered by diesel generators, which the telco is replacing with wind and solar stations and backup batteries as it looks to lower its carbon footprint.

“We aim to continue greening our network,” said Sanda, adding that sites powered by green plants cost a lot more compared to traditional ones. The telco runs a Sh32 billion budget for its network development and management.

“We’re at a level perhaps not where we would ideally like to be but what’s important about the pilot is that it demonstrates some of the tough sustainable proven decisions that the company needs to make,” said Sanda.

“In our area of business, green sites cost significantly more than traditional sites but the fact that we are willing to do trials, to demonstrate that it works and then use this evidence to further look at how we apportion the Sh32 billion or so that we’ve committed towards the network demonstrates our long-term commitment to further greening our network,” she added.

Aside from supplying electricity to the central grid through net metering, the new Energy law gives companies like Safaricom a freehand to sell power directly to villages near its base stations through solar powered mini-grids.

For homes, net metering ensures stable power supply by creating redundancy with an extra power source, meaning a household can have power supply even as the whole neighbourhood is cut off from the grid during downtimes.

Much as it favours homes and businesses, it runs the risk of narrowing the revenue stream for Kenya Power which has all along enjoyed monopoly over the power retail market.

The strong emergence of solar and wind technologies is now seen to be opening up possibilities for individuals to produce, sell and buy electricity among themselves outside or within the national grid. This is seen to give rise to a new crop of energy ‘prosumers’ (energy producers and consumers at the same time). It means energy assets will no longer be owned exclusively by centralised utilities or the state.

Due to the softening costs of solar and wind power, along with smart distribution systems, almost anyone with a rooftop or some land can produce electricity, either for self-consumption or for the grid, creating a diversified energy ecosystem. This transition to renewables carries the potential to reshuffle political and economic centres of power through decentralisation and democratisation of energy systems.

Already in Kenya, dozens of manufacturers, shopping malls and gated communities have built solar powered stations for own use, driven by the need to cut their power bills from the national grid.

Such customers are increasingly cutting reliance on power from the national grid, with their daytime operations being powered by solar plants perched on rooftops of their buildings and carports. National grid supply, done by monopoly distributor Kenya Power, has been limited to mostly nighttime operations in the absence of sunlight.

Spare Us This Time