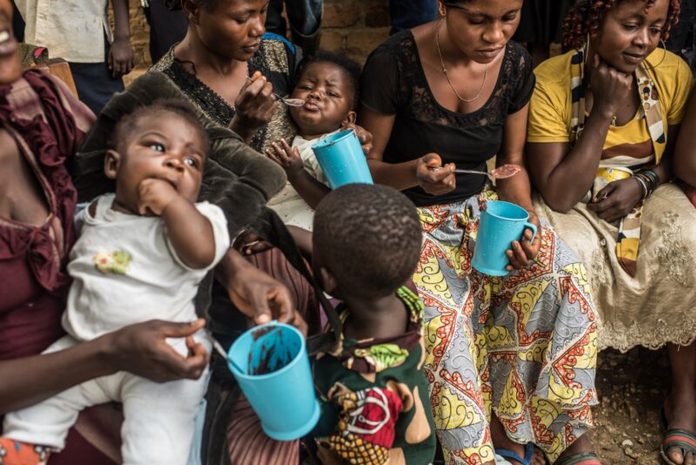 There are 37 countries worldwide that are fighting all three forms of malnutrition – and 27 of them are in Africa.

“But we are seeing some progress,” says Dr Jane Battersby, Associate Professor at the University of Cape Town’s African Centre for Cities, as the Global Nutrition Report (GNR) is released.

Malnutrition, in all its forms, includes undernutrition (wasting, stunting, underweight), inadequate vitamins or minerals, overweight, obesity, and resulting diet-related noncommunicable diseases.”In some countries there has been dramatic progress, Ethiopia is a good example of a good African country that is making progress, in the year 2000, 57.6% of children under the age of five were stunted and by 2016 they have managed to get that down by 38.4%, so we are seeing progress in some areas but it is too slow, there is still more that needs to be done’, says Battersby.

The maternal, infants and young child nutrition targets globally shows that there was some progress with exclusive breastfeeding and low birth weight, but accelerated efforts will be needed to reach the 2025 target. Stunting still affects 149 million children under the age of five around the world and wasting affects 49.5 million under 5 years of age.

This year’s report focuses on equity and unpacks the role of inequities in tackling malnutrition. There is over 200 million undernourished people in the African continent, and with the novel coronavirus sweeping countries, the urgency to address their food and health systems increases as undernourished people have weak immune systems leaving them vulnerable and exposed to COVID-19. Read more…

Getting Ahead of the Virus Key to Change Course of COVID-19...

Africa: How can countries continue to combat malaria during a pandemic?