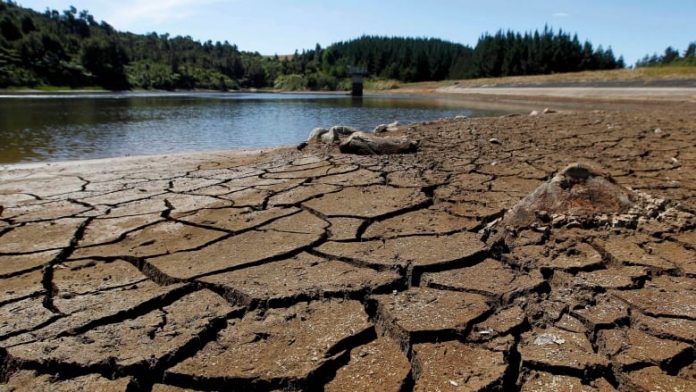 Water is one of the four elements of nature crucial for food security, energy production, economic development and poverty reduction.

But water can equally be deployed as ammunition in the fight against climate change, when harnessed and managed in a sustainable way.

This is according to the World Water Development Report 2020 produced by the United Nations Educational, Scientific and Cultural Organisation (Unesco). The report explores the linkages between water and climate change and calls for a recalibration in the way we use and reuse the earth’s limited water resources.

About one million animal and plant species are facing extinction with freshwater species having suffered the greatest decline, falling by 84 percent since 1970, according to the UN study. Further, around four billion people currently experience severe water scarcity for at least one month per year, on account of climate crisis which is projected to hit poor countries the hardest.

“Specific water management interventions such as wetland protection, conservation agriculture and other nature-based solutions can help to sequester carbon in biomass and soils, while improved wastewater treatment can help reduce greenhouse gas emissions while supplying biogas as a source of renewable energy,” Audrey Azoulay, director general of Unesco says in the report.

“Climate change affects ecosystems, human societies and economies in a variety of ways, and water is the primary medium through which these impacts are felt. In some cases, these impacts are clearly obvious – for example through the increasing frequency and intensity of storms, floods and droughts.”

Global water use has increased by a factor of six over the past 100 years and continues to grow steadily at a rate of about one percent per year. This is as a result of increasing population, economic development and shifting consumption patterns.

Climate change, blamed on higher emissions of greenhouse gases from fossil fuels, is manifesting itself in extreme events such as heatwaves, unprecedented rainfalls, thunderstorms and storm surge events.

“Water quality will be adversely affected as a result of higher water temperatures, reduced dissolved oxygen and thus a reduced self-purifying capacity of freshwater bodies. There are further risks of water pollution and pathogenic contamination caused by flooding or by higher pollutant concentrations during drought,” says the study.

Hard measures include enhanced water storage, climate-proof infrastructure, and crop resilience improvements through introduction of flood- and drought-resistant crop varieties. On the other hand, soft measures include flood and drought insurance, forecasting and early warning systems, land use planning, and capacity building (education and awareness).

“Hard and soft measures often go together. Urban planning, for example, can help increase resilience to flood risks by featuring drainage systems that provide spaces to safely collect and store floodwater. The city thus acts as a ‘sponge’, limiting surges and releasing rainwater as a resource,” Unesco says in the report.

Across the world, freshwater resources are increasingly polluted with organic waste, pathogens, fertilizers and pesticides, heavy metals, and emerging pollutants. Water pollution by organic matter is growing because of increasing municipal and industrial wastewater discharge, the intensification of agriculture (including livestock farming) and reduction in river dilution capacity due to decreasing runoff and water extractions.

“Dams, often built for hydropower as a mitigation measure to reduce greenhouse gas (GHG) emissions by substituting fossil-fuel powered energy production, can also contribute to flow regulation, flood control and availability of water for irrigation. However, reservoirs can ‘consume’ much water through evapotranspiration and under certain circumstances be net emitters of GHGs. Moreover, poorly designed and/or managed hydropower plants may cause negative ecological impacts on existing river ecosystems and fisheries, and social disruption and human rights violations, among others.”

Read also: Kenya: Why Masinga Hydropower Dam Should Be Desilted

Going Above and Beyond #BeatPlasticPollution

More Than Just Make Up Brushes