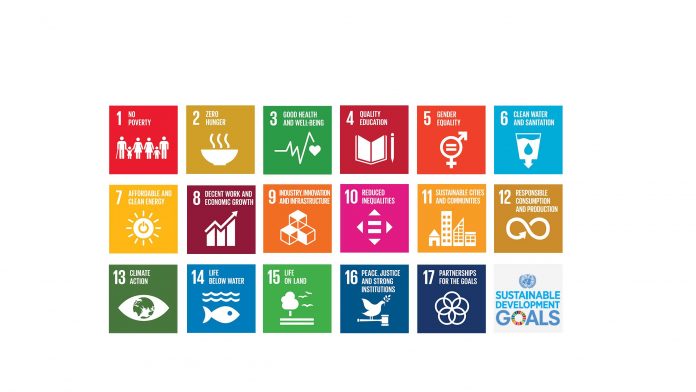 As the world leaders gathered for high-level talks this week, pressing global issues were at the forefront of discussion including the progress towards the 2030 Agenda and the Sustainable Development Goals

The way to move the dial in achieving sustainability among businesses is not by producing another sustainability report, it’s about demonstrating actions that bring us closer to delivering desired outcomes. This is according to a report released on Tuesday by the UN Global Compact – Uniting Business in the Decade of Action.

With less than 4,000 days remaining until the 2030 target, the UN notes that achieving the needed change requires a ramping up of both ambition and action among all companies, whether they operate within the energy, healthcare, food, finance, transport or other systems.

“We must step up and turn commitment into action. This is now the time to raise SDG Ambition for people, planet and prosperity and create a new normal,” says the report. “The change we need to see in the Decade of Action will not happen through incremental improvements and adjustments to ‘business-as-usual’. Along with these ambitious changes, we need more CEOs to advocate for SDG-aligned policies and influence national plans to deliver the Paris Climate Agreement by illustrating their ambitious commitments.”

According to the report, policy alone does not deliver change and action to embed responsible business practices that are not keeping pace with policy commitments. In some cases, action lags significantly. It is clear that to deliver deeper change towards sustainable business, participants need to move beyond policy and take action that will underpin a better understanding of impacts and lead to performance improvements.

“From the clamour of school children protesting the lack of action on the climate threat to the disconcerting new normal of the pandemic and, most recently, the calls for justice and equality around the world, the events of the past year have rocked us, as they should. These events underline that the Sustainable Development Goals are not just ideals to aspire to, but fundamentals in creating a just society, with equal opportunity for all on a planet that is habitable. Time is running out. The Decade of Action must start now,” reads the reports.

As the UN Global Compact marks its 20th anniversary, it notes significant improvement in tracking progress on SDG actions. Only 45 per cent of companies track actions, (up from 40% in 2019) and 57 per cent of companies measure the impact of their operations. However, very few extend this to suppliers (13%), raw materials (10%) and into product use (10%). Importantly, only 31 per cent are tracking the negative impact.

There remains a key gap in actions taken to achieve the SDGs. Only 35 per cent of companies publicly advocate the importance of action on the SDGs and only 52 per cent are engaging in partnership projects with public or private organizations.

“Now, as the UN Global Compact marks 20 years of uniting business for a better world… the challenges we face are as great as any in the history of the United Nations. Upholding the core promise of the 2030 Agenda for Sustainable Development — to leave no one behind — has never been more urgent,”

Most importantly, the UN points out that this is the decade in which humanity will either succeed or fail in delivering on the 17 Sustainable Development Goals. Failure cannot be an option. The Decade of Action requires all companies to take a deep look at where we are falling short and set industry-specific goals, standards and execution plans. This is how we will contribute to the transformation needed.

The UN is asking leaders — CEOs, their executive teams and the boards — to use their power to become activists for social change, and not underestimate the power of their example.

“Your voice. Your organizational footprint in the world. You have the power to bolster the resolve of policymakers to prioritize sustainable development. Leadership is about having the courage to be the change. Indeed to insist on change.”

To deliver a deeper change in sustainable business, participants need to move from policy commitments to action that can lead to actual performance improvements.

The United Nations Global Compact is the world’s largest corporate sustainability initiative. Launched in 2000 as a special initiative of the UN Secretary-General. Its mission is to mobilize a global movement of sustainable companies and stakeholders to create the world we want. By aligning strategies and operations with universal principles on human rights, labour, environment and anti-corruption and take action to achieve the Sustainable Development Goals by 2030.

Sharing Your Sustainability Story Amid The Noise