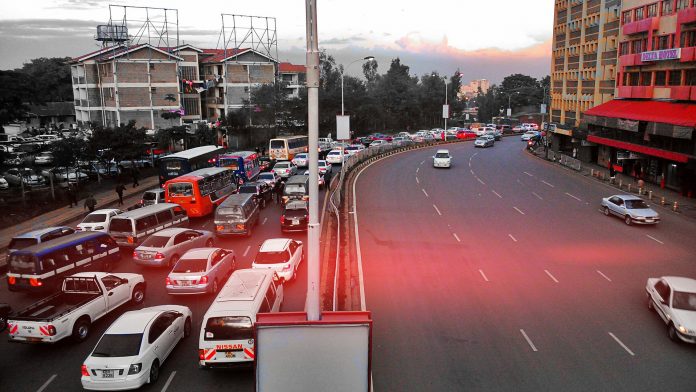 Uganda has witnessed the steepest drop in road traffic in Africa as a result of travel curbs to contain coronavirus.

Data from Norway-based consulting firm Rystad Energy shows that traffic has almost cleared on Uganda motorways, sliding 90 percent in recent weeks as people stay cooped up at home following a countrywide lockdown. Botswana recorded a similar decline in road movements, tying with Uganda, followed by Rwanda whose traffic has slowed 83 percent due to a nationwide clampdown, with streets falling silent and empty.

“Road traffic activity is down across all continents,” said the consulting firm in a report on the impact of Covid-19 on the oil market. As a result, petroleum demand is expected to tank 27.5 million barrels per day (bpd) in April, driving prices further south.

Bucking the trend, Guinea-Bissau is the only economy on the continent to record an increase in road traffic, with activity picking up 12 percent despite the pandemic.

Nigeria’s road activity is down by 68 percent, South Africa (31 percent) while slightly more than half (56 percent) of cars have kept off roads in Kenya. Tanzania traffic is down 33 percent while Ethiopia is a percentage point lower.

Though Kenya has not imposed a lockdown, the government has restricted movements into and out of several towns considered potential infection hotspots, including the capital Nairobi. A dusk to dawn curfew is also in place. While the slowdown in road activity has significantly improved the air quality, oil marketers are feeling the pinch as demand dries up.

Previous studies have shown commuters in major towns to be inhaling poisonous emissions from millions of tailpipes that lack catalytic converters, especially with matatus that are notorious for engine idling.

The taxman is also expected to take a hit from decreased fuel tax revenues. Before the pandemic struck, Kenya consumed an average of 220 million litres of diesel per month, or seven million litres a day, according to Petroleum Institute of East Africa (PIEA).

Diesel is the most consumed fuel in the country and is used to power trucks, buses, vans, tractors and factories.

On the other hand, petrol intake in the pre-Covid days stood at 165 million litres a month on average, or 5.5 million a day.

But Kenya’s 56 percent drop in road activity is now expected to shave more than half off the revenues oil marketers would have received in normal times.

Globally, Bangladesh leads the way with the steepest traffic drop at 92 percent, with Uganda and Botswana following closely, while Sri Lanka is third.

“We anticipate that fields will need to be shut-in globally as storage will quickly fill to its limit. The current OPEC+ deal will contribute to these shut-ins, but the announced cuts are not large enough to secure a market balance. More shut-ins will be necessary, in addition to filling up strategic petroleum reserves,” Rystad says in the report.

“Oil producers will probably still see the business case for such shut-ins as high oil prices are expected in 2022. Nevertheless, some capacity that will be shut-in will still struggle to return online quickly when demand resurges. Additionally, the lower level of infill drilling will result in a base production level that is insufficient when fields are reopened, resulting in an oil shortage in 2022.”

We Are What We Eat