Plastic bags have become the new flowers in Africa. Every day people take garbage from their homesteads and it goes away. Where is away though? With an increase in population growth, waste management will continue being an issue in many African countries. Most countries are also developing and tend to depend on the use of modern technology to foresee development. This sees the countries import gadgets needed in modern technology. Where do the old gadgets go, however? One thing clear is that they are treated as waste.

Nairobi, the capital of Kenya produces three thousand tons of waste every single day. There is only one dumping site in the capital. The Dandora dump site occupies thirty acres of land and is located fourteen kilometers from the city. Despite the declaration that it was full as of 2001 by World Bank, the site continues to be a home to most garbage in the city. Poor road infrastructure leading to the dumping site sees most of the garbage dumped along the way instead of the intended location.

Accusing fingers have been pointed towards different contributors of the same without offering a solution. Rich countries from the west, for example, are accused of turning Africa to a dumping site of their electronic waste. Countries such as Ghana have fallen prey to this act. An approximated 500 shipping containers full of electronic waste leave the western countries and pitch tent in Africa.

As a result of poor waste management Africa suffers from harsh climatic changes, pollution of water and air as well as poor sanitation. Toxic chemicals released by waste products is also a threat to the health of those who reside around the dumping sites and the African countries in general. Production of plastic bags has done more harm than good for a number of decades in Kenya. It is until recently that the ministry of environment decided to issue a ban on the production of plastic bags. The move proved to be effective but one question remains. What happens to the plastic waste already existing? 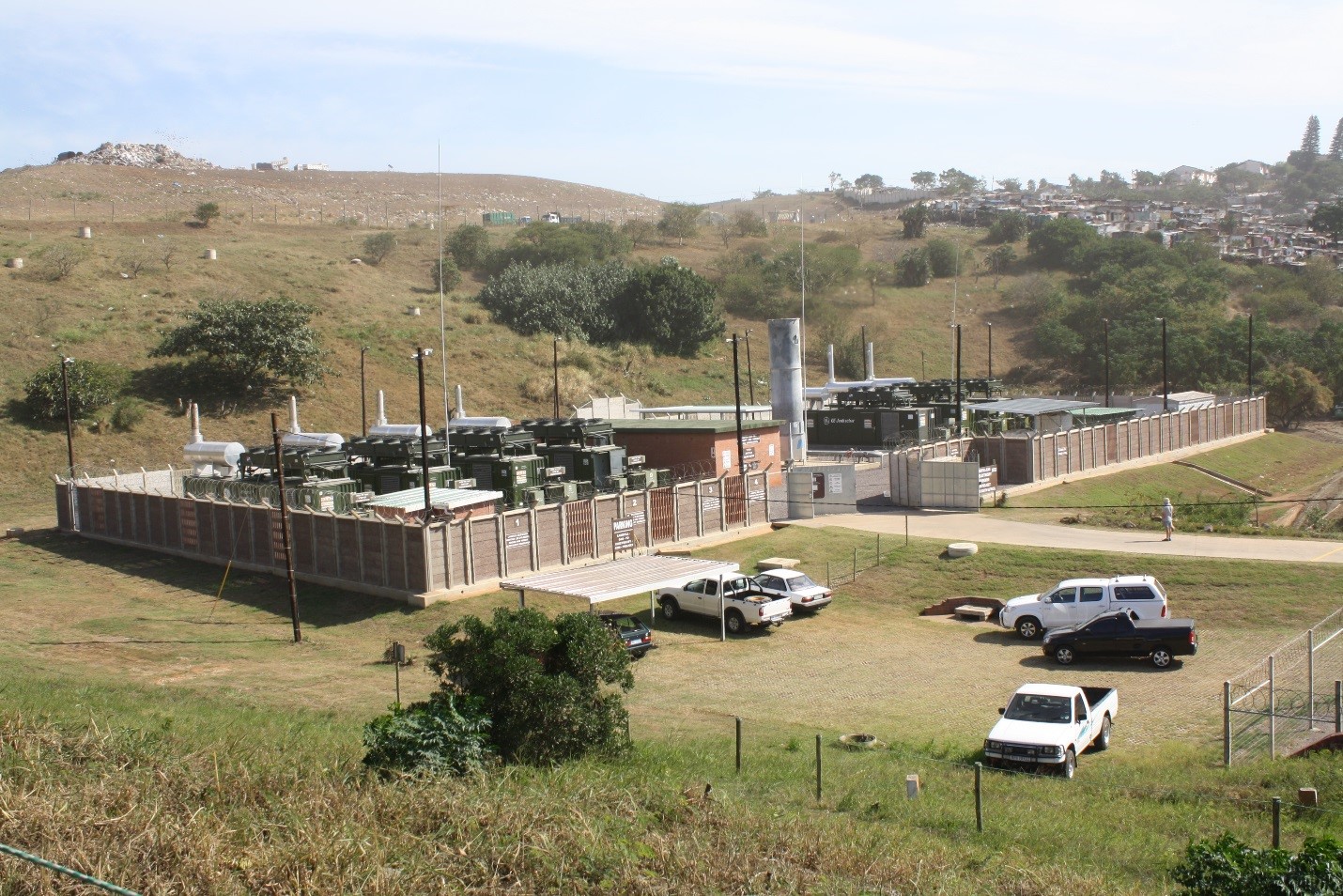 It is the high time we embraced and accepted that already existing garbage is here to stay. Durban, home to an estimated population of 595,000 found a way in 2010 to transform waste into an energy creating source. Conversion of methane gas which is a renewable source of energy to electricity by landfill in eThekwini has transformed a lot of lives. This employs the use of green technology.

The Bisasar road land refill in the area receives 4000 tons of waste per day. A portion of this waste is bio-degradable. This has led to the implementation of a land gas extraction system. Most people view waste as smelly and a hazard to the environment but in Thekwini, this foul smell is viewed as methane gas. So how do they go about it and what can Kenya and other countries emulate from the same?

Large perforated pipes are laid in the vast trenches then covered. They help in siphoning the gas produced by the decomposing layers of garbage. The gas is taken to a power generating compound used as a fuel through engines which generate electricity and put back to the electricity grid. 108 cubic meters of gas in an hour comes from each “well.” Methane tends to be a strong greenhouse gas.

One ton of burning methane is equivalent to avoidance of 21 tons of carbon dioxide released to the atmosphere. This help not only in controlling the waste problem but also slows down the rate of climate change as a result of pollution. Dirty coal power is also avoided. In Durban, an estimate of six thousand low-cost houses was supplied with electricity as of the year 2010.

The National environment and management authority (NEMA) in Kenya has also stepped forward in the fight against the waste present. It has created awareness from the grass root level on the effects of increased waste disposal. It backed up the Ministry of the environment, water, and natural resources in reinforcing the ban of plastic bag use and production in 2017. However, these solutions do not cover the issue on the ground. Most county governments in Kenya do not give a lot of revenue to the waste management issue.

They, however, embrace technology in various sectors such as agriculture that brings about pesticide waste. Urbanization has also played a key role in ensuring that waste continues to be a menace in urban areas. An increase in the population of slum dwellers such as Kibera experience sewage spillage as a result of poor sanitation. Waste disposal sites tend to exist anywhere as the shanties are so close to each other.

Investing in an environment that is sustainable should be the goal of every individual. Many lessons can be borrowed by Kenya from Durban that will see the waste issue transform to a technology that can impact lives positively. These range from the use of green technology, the creation of employment, increase in electricity supply and environments that slow down effects of climatic change.

As much as there is a step forward in the control of waste management in Kenya a lot is yet to be done. If a transformation is to take a complete U-turn in waste management is needed. We need to treat waste management as a chance to exploit our potential in solving problems created by us as well as creating room for sustainability.