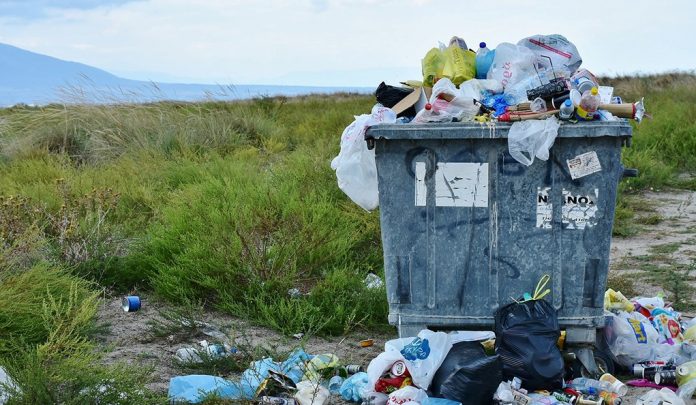 Since the beginning of time, people have needed to find a way of disposing of their trash. Proper garbage disposal is important so as to ensure everyone’s safety from possible health hazards. The improper waste disposal of garbage is a major sociological problem today due to its capability of contaminating the area in which we live and it’s potential to be lethal to all living things. It increases the risk of adverse health effects in humans and animals, causes damage to eco-systems and accelerates the destruction of our environment. The more waste we generate the more we have to dispose of.

Waste is more easily recognized than defined. Something can become waste when it is no longer useful to the owner or it is used and fails to fulfil its purpose.

Human beings exhibit different behaviors and it definitely affects the way we handle issues especially wastes generated from household, industries, and offices. Some people prefer to litter the floor and believe that waste collectors will come around to clean the littered ground and cart it away to dumpsites or landfills. It is normal to walk around the streets and find waste strewn everywhere.

Other people throw their wastes in bins or bags in a way that will be easy for waste collectors. My argument is that attitude does actually have an impact on the indiscriminate disposal of waste.

The attitude of each person may vary depending upon their lifestyle, tradition and the surroundings. However, the attitude of one person is not the only problem. It is a passive attitude of the whole society to one’s mistake. If we saw one person throwing garbage, for example, our inner mind says ‘do mind your own business’. ‘Just follow if you want to’. ‘There is freedom anyway’.

If we look at society, it is an interconnected network of systems. Every person is connected to society. And if one commits a mistake (littering) it does not significantly affect the whole but it degrades the system. It is the whole which contributes much. The society does not care anymore. We cannot just live independently, and not mind each other.

There is a lot of great literature out there about this topic as it pertains to energy and water use. Basically, everyone is right so far, and all the mentioned aspects contribute to the overall behaviour. Individual knowledge and attitude are very important. For instance, an effective means of water reduction in individual households has been to show on one’s water bill how they compare to their neighbors water usage, or the areas water usage so people could see if they were ‘good’ or ‘bad’ users relative to those around them.

While the public considers the disposal of waste a significant environmental concern, it is not an issue at the forefront of their minds. The transient nature in which it is considered appears insufficient to establish and maintain habitual patterns of recycling and waste management.

However, there is potential to increase the salience of waste issues through association with other environmental issues. This will change people’s attitudes towards waste disposal and make them more responsible when handling waste.

Linking waste with global issues such as climate change, which is an issue that people appear particularly aware of and concerned about,  will successfully make associations between people’s waste disposal behaviors a global concerns in the same way they have linked climate change to car use and local flooding.

Local issues, including street cleaning, litter and the wider ‘livability’ of the local area can be linked directly to waste disposal. These are matters currently high on the public’s agenda, and there are clear associations between rubbish in the home and litter in the streets and between the aesthetics of the street environment and the visual impact of recycling and waste management sites.

In most societies, people have been conditioned to dispose of waste as cheaply as possible. The impact on society is not the primary consideration of the waste rather the effects it has on the environment and health of the people.

Different approaches could be undertaken in Africa to counter the waste disposal problem. However, the most effective is the utilization of the waste to societies benefit. By making waste valuable, the problem changes in direction from ‘how does one get rid of it’ to ‘how I get more of it’. If people find money from waste, they cooperate with the government. The government in developing countries has to develop some organizations to monitor the waste strategy in micro level otherwise it may lead to serious environmental threat to the future generations. People won’t cooperate without their benefit or strict regulation formed by the government. This will change people’s attitude towards waste disposal and they become more responsible.

The Time To Act On Climate Change Is Now

Water- An All Inclusive Entity. But Is This the Case?