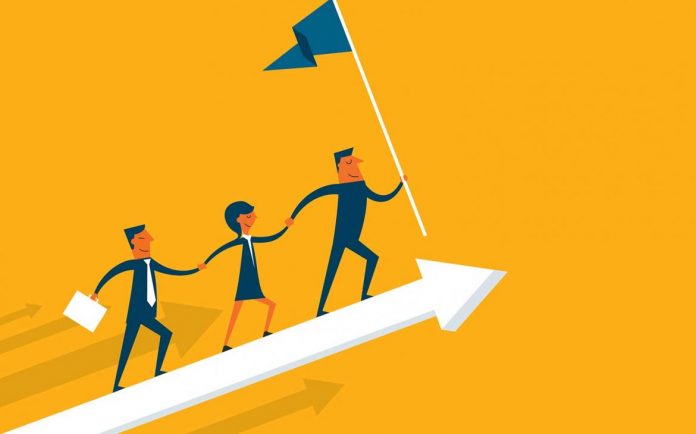 In other words, are you a manager or leader and are organisations better off with either? It actually pays to be both, to embrace the management-leadership interplay. But most often business executives tend to lean towards one trait more than the other.

So what’s the difference?

Managers control a firm’s daily operations, production and the conduct of employees, ensuring continuity and consistency in product or service delivery, alongside adherence to regulatory obligations and meeting deadlines. A sense of order permeates the workplace under their watch.

Important to clarify that they don’t have to be present physically to perform this role, though occasionally getting to the ground to have a feel of things and interact with the rest of workers is highly encouraged.

They could get briefed and conduct follow-ups with their supervisors overseeing various departments or projects. And then, based on their level of satisfaction with the updates, they could offer suggestions for improvement, point out mistakes or laud work well done.

Naturally, the nature of their role makes them responsible for revenues generated and costs incurred.

During a crisis, managers are looked upon to ensure the survival of the business, given that they are expected to have their finger on the pulse of daily processes.

That essentially captures the scope of management, which tends to be predictable, measurable and repeatable. But since nothing stays constant whether in business or personal life, enterprises cannot afford to keep doing the same thing over and over. At some point, they will have to adjust, tweak or even completely overhaul their entire business if they’re to survive and thrive in the long run.

The business of longevity is all about keeping reinventing and reimagining and reengineering. And this requires forward-thinking, needed to give rise to blue ocean strategies.

This leads me to leadership, the second trait that some business executives tend to display.

Everything is in flux– from technology to consumer demand and everything in between – and therefore, it’s crucial to imagine new possibilities and ways of doing things.

While management is largely about immediate goals, leadership looks beyond into the horizon for whatever opportunities abound.

Leadership envisions a new future and creates a pathway forward.

While managers focus on tackling short-term challenges facing an enterprise, leaders set their eyes on long-term goals, exploring a set of solutions to stubborn challenges facing the society, such as sustainable transportation, energy and housing .

Leaders inspire change; they’re change agents. To this end, we can say most entrepreneurs and business founders belong to the leaders camp.

Think of Elon Musk and the idea of Tesla electric cars he conceived barely a decade ago, yet the company’s valuation has raced past those of longtime automobile makers, whose focus was until recently petroleum-powered engines.

Needless to say it’s his wild imagination that is at the same time exploring sending people to Mars as a colony that has propelled him past traditional investors and inventors to emerge the world’s richest person.

Leadership starts by imagining the unimaginable. It’s the leaders who stand on the precipice of impossible and show the world (their employees, team members, or close friends and confidants) where they want to go.

It’s impossible to manage something that doesn’t yet exist. And that’s the critical difference between management and leadership. If you want to grow and continue to thrive, then you must learn to dance between the two paradigms.

As an executive, it’s crucial to strike a balance between the two traits both for the success of the company and oneself. Some situations will expect you to step out of management role and into leadership territory and vice versa. To be a manager, you have to set your ear to the ground and eyes to the goal as far as running the business is concerned. On the other hand, to be a leader you have to adopt an exploratory approach to steering the ship towards promising areas. Whereas management keeps the ship stable, on an even keel, leadership opens up the journey to endless opportunities and adventures and destinations.

Back to Elon Musk. Here is a manager and leader who has pointed his team of engineers, software developers and technicians towards blue ocean territories with less competition yet vast market potential.

At the same time, Musk is known to be a hands-on manager, who has been reported to stay late into the night at his assembly plants, working flat out alongside his workforce.

Your Sneaker Game Is Part Of The Problem