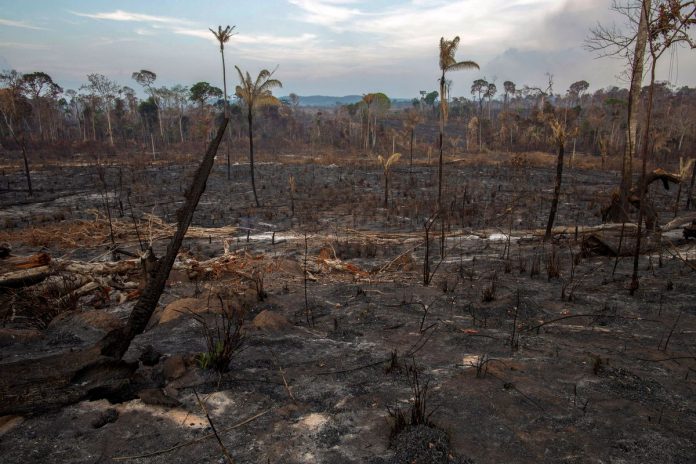 While governments and companies have been the focus of attention on the issue to conserve nature, actors in the finance sector have largely evaded scrutiny until recently.

This is according to a report – Bankrolling Extinction – by Portfolio Earth that describes the banking sector’s role in the global biodiversity crisis. The research report focuses on 50 banks identified as the world’s largest banks, as well as other banks known to operate in regions of particular importance to biodiversity.

The report says that banks play a key role in financial systems that free rides on biodiversity, and the regulators and rules which govern banks currently protect them from any consequences.

In 2019 for instance, the report notes that the world’s largest banks invested more than USD 2.6 trillion (equivalent to Canada’s GDP) in sectors which governments and scientists agree are the primary drivers of biodiversity destruction.

Importantly, the report adds that none of the banks assessed have chosen to put sufficient systems in place to monitor or measure the impact of their loans on biodiversity, nor do they have comprehensive policies to halt it.

Covid-19 has shown us that nature underpins the functioning of our health, societies, and economies. The risk of these sorts of diseases is kept in check by healthy environments and diverse species. When we radically alter nature, we risk creating the conditions in which pandemics emerge.

“Environmental destruction can no longer be seen as an unfortunate by-product of economic development, quite the reverse. Our abusive relationship with nature is contributing to an USD 8 trillion hole in our global economy, rising unemployment, and social inequality,” says the report.

Most of the funding assessed (66 per cent) was related to activities that directly cause biodiversity loss (e.g. fishing, mining) and 34 per cent was invested in companies which indirectly drive biodiversity loss (e.g. by driving demand along the supply chain from retail or processing and trading of commodities, such as construction which creates demand for raw materials).

In order to address the global biodiversity and extinction crisis, and to avoid reaching planetary tipping points from which biodiversity and human economy cannot recover, legal and regulatory change is required.

Banks have to stop funding sectors that destroy nature. Scientists and governments agree that the global food production system, forestry, mining, fossil fuels, infrastructure, tourism, and the relocation of goods and people have all been identified as primary drivers of the global extinction crisis. Even though many of these activities are carried out by companies, it is the finance sector that bankrolls and enables this activity.

The report calls for banks to disclose and radically reduce their impact on nature and stop finance for new fossil fuels, deforestation, overfishing and ecosystem destruction.

The report further urges governments to stop protecting the role of banks in biodiversity destruction and rewrite the rules of finance to hold banks liable for the damage caused by their lending.

People everywhere have a say in how their money is invested, and a right to stop banks from causing serious harm to people and planet.

AI is a game changer for small companies