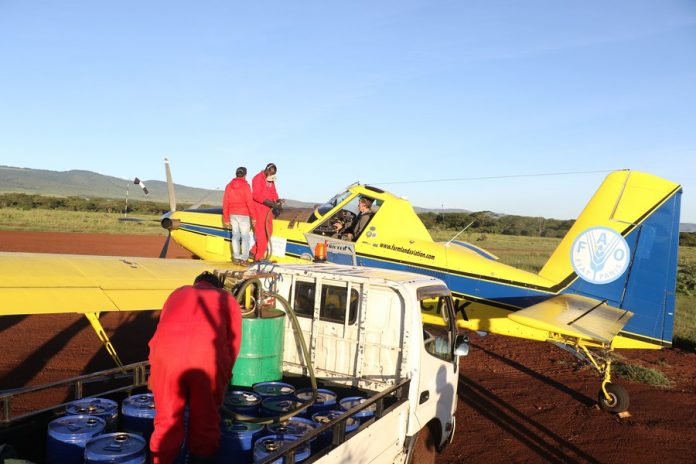 Food and Agriculture Organization of the United Nations (FAO) said on Thursday that robust interventions rolled out by governments and donor agencies to fight desert locusts in the Horn of African region are bearing fruits.

Dominique Burgeon, director of FAO’s Emergency and Resilience Division said that timely response to the voracious pests minimized havoc to livelihoods in the region.

“There was a higher degree of preparedness and capacity on the ground to fight desert locusts in the region,” Burgeon said during an exclusive interview with Xinhua in Nairobi.

He said that governments were in charge of the bulk of desert locust control operations, adding that COVID-19 related disruptions failed to slow down the momentum towards eradicating the pests.

Burgeon had earlier led a high-level team of FAO officials on a visit to northern Kenya to assess progress achieved in fighting the desert locust invasion since the beginning of this year.

He said the UN agency has rallied behind state-led interventions to eradicate the pests that had ravaged crops and pasture in northern Kenyan counties amid threat to food security and livelihoods.

Burgeon said Kenya had demonstrated commitment to curb the spread of desert locusts through the adoption of modern technologies, training of extension workers and public awareness. Read more…

Waste Not: The Heavy Toll Of Our Trash