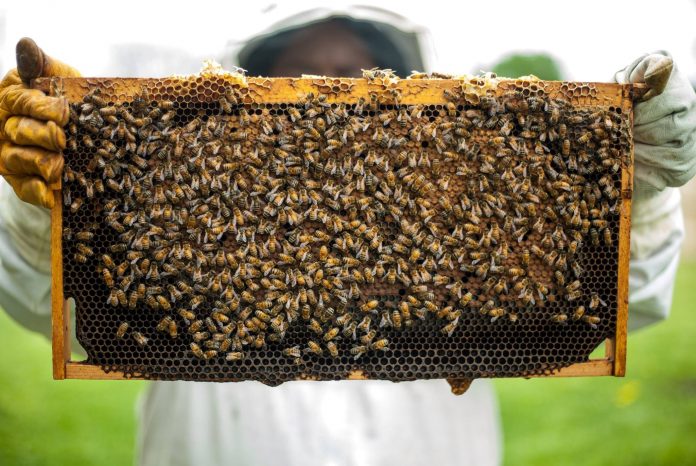 As Kenya battles a deadly locust invasion mowing down acres of cropland, the buzz of a more beneficial swarm is growing low – honeybees.

African Beekeepers Ltd director Ernest Simeoni has sounded the alarm over the rate at which honeybees are declining, citing climate change.

At stake is not only honey production but the country’s food security as bees play an important role of crop pollination.

According to Simeoni, different climate change-induced factors are to blame for the bees’ decline. In an interview, he said that climate change is causing habitat loss as the pollinators fail to migrate to cooler areas and establish new hives. Equally, as average monthly temperatures rise, flowers tend to bloom earlier, creating a potential mismatch in timing between when flowers produce pollen and when bees are ready to feed on that pollen.

This mismatch carries the risk of negatively affecting bees’ health, making them less likely to reproduce and less resistant to predators and parasites, said Simeoni.

Globally, about 10 million hives have disappeared over the past three years.

Population growth and rapid urbanisation are equally contributing to the drop in bee farming as a source of livelihood and income.

Previous agricultural and forestlands are being cleared faster that they’re being replenished to create human settlements.

Simeoni now wants the government to offer bee farmers incentives so that the sector becomes attractive and rewarding enough for them to continue farming.

Crisis On The Treasured Son Of Soil- The Potato