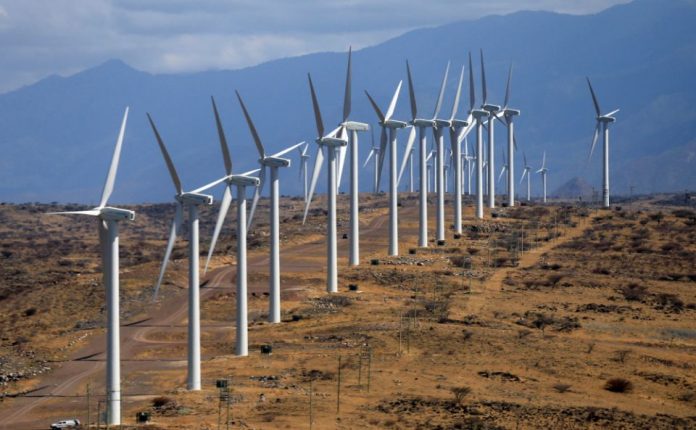 Carlo Van Wageningen, the Dutch founder of the 310MW wind farm said that all the local firms they approached declined to invest in construction of the wind farm in exchange for equity stake. That was about a decade ago when the project was still a plan on paper. Today the $700 million (Sh70 billion) plant is generating and injecting clean electricity into the national grid, having been completed late 2018.

“We are often asked why ownership is 100 percent foreign. It’s just that the project didn’t excite local firms as much,” said the 63-year old Wageningen, who doubles as a board director of Lake Turkana Wind Power Ltd (LTWP) – the developers.

First to be approached some 10 years ago was State-owned KenGen, the largest power producer in East Africa.

The then managing director Eddy Njoroge, declined the offer, strongly questioning the viability of the project, according to Wageningen’s account.

Next, the developers led by Wageningen approached Centum Investments but got the same lukewarm response from director and shareholder Chris Kirubi. The next stop was at the offices of infrastructure firm Transcentury where the wind man was again turned down.

Meanwhile as the green energy campaign gained momentum globally, renewable projects such as Turkana wind farm found favour among development financing institutions (DFIs) which had no qualms pouring in their money in exchange for shareholding. That explains why Turkana wind farm is 100 percent owned by foreign investors, who also secured funding from a consortium of 11 foreign banks. Local banks lacked the financing depth in terms of quantum and tenor required for a project of such magnitude.

The 310MW wind farm constructed at a cost of Sh70 billion has a return on investment of 14.8 percent per year, according to the developers.

This compares well with returns on investment in other common asset classes like land, real estate, stocks and bonds.

At 310MW, Turkana wind farm is enough to power up to one million households with power production averaging 80 percent (capacity factor), making it among the best performing/yielding wind plants in the world.

The investors in the plant include UK firm Alydwych – the largest shareholder with a 30.7 percent stake.

Second largest equity holder with a 25.25 percent stake is KP&P Africa, comprising a team of Dutch individual investors including the founding father Wageningen.

American technology giant Google had expressed interest to buy out Vestas’ shareholding at an estimated cost of Sh4 billion but later dropped the deal.

The wind park, powered by 365 turbines spread out over 40,000 acres of land, lies in the Turkana Corridor, a low-level jet stream from the Indian Ocean that creates strong and predictable winds at an average of 11.4 m/s.

The wind speeds are accelerated by the presence of Mt. Kulal to the North and Mt. Nyiru to the South.

How Kenya can split eco-friendly projects

Going green could pay off in trillions

A Road Map To Sustainability 3.0