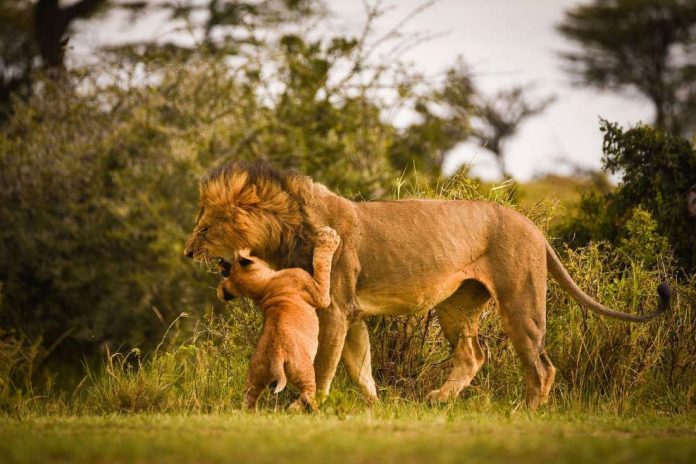 One century ago there were 200,000 lions. Today, there are approximately just over 20,000, a landmark lion conservation report said on Saturday.
According to the report, the king of the jungle that once roamed Europe to the southern tip of Africa and West Africa all the way to India has today been restricted to just eight percent of their historic range. With current populations now restricted to pockets of Sub-Saharan Africa and a small population in Northern India.
In Africa, where most of the world’s last lion population still survives things are not well for the species. Populations are collapsing fast and lions have already disappeared from many African countries.
Kenya is one of the last countries where lions still reside in the wild. But things are far from rosy here either. The Kenya Wildlife Service announced in February the country was losing at least 100 lions every year.

Diminishing Habitats
Yet, Kenya’s population is estimated to stand at less than 2,000 cats.
In West Africa, the species is currently classified as “Critically Endangered by the International Union for Conservation of Nature (IUCN), a global organization working towards conservation and sustainable use of natural resources. Overall, within Africa, the species, has suffered a steep decline in both numbers and habitat, and in the last 25 years, lion numbers have declined by half and the decline continues.
Southern and East African lions are listed as being “vulnerable” on the IUCN Red List.
In a stark warning that hopes to stimulate new levels of financial commitment by African countries, the new report, The New Lion Economy: Unlocking the value of lions and their landscapes, that highlights challenges facing the species including diminishing habitats and human-lion conflict, cautions: “Given this drastic loss, African states must work to restore the health of their landscapes and reduce the cost borne by communities when living with lions so that they can support their protection.”
The new report from Equilibrium Research, commissioned by the Lion Recovery Fund (LRF) for World Lion Day 2019, held August 10 annually, says lion survival depends on Africa yet the continent’s governments focused on building economies and eliminating poverty, have neglected to spend on conservation.
The LRF hopes to recover the decimated half of the African lion population of approximately 40,000 by 2050.