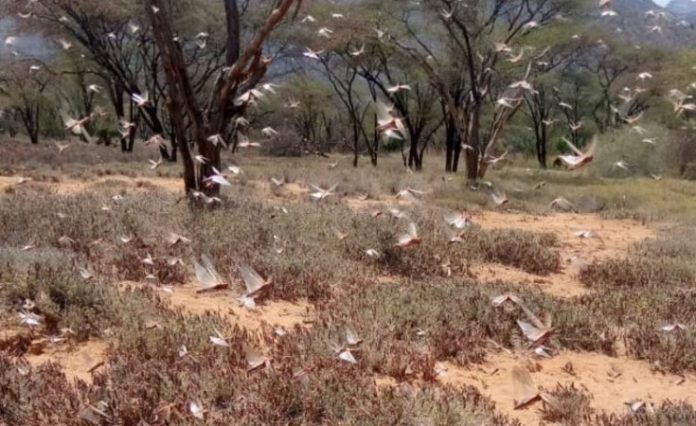 The United Nations has set aside Sh164 million from its Central Emergency Response Fund to fight a possible desert locust upsurge in Kenya.

The funds will mainly be used in control operations, including air and ground surveillance and pesticide spraying.

Swarms have so far been reported in Mandera, Garissa, Marsabit, Tana River and Wajir.

Undersecretary-General Mark Lowcock, the UN humanitarian chief, on Tuesday announced the release of the money to the Food and Agriculture Organization (FAO).

“I am allocating Sh164million ($1.5m dollars) from UNCERF for desert locust control operations in Kenya,” Mr Lowcock announced on his Twitter handle. Mr Lowcock revealed that since early 2020, locusts control in Eastern Africa and Yemen has affected production of food enough to feed 18 million people for a year.

“They have been entering into northeast Kenya and are likely to spread throughout northern and central counties,” Haq said.

FAO expects its locust response plan to run until June but urgently needs more funds to contain the threat from desert locusts in the region. According to FAO, if not controlled, the swarms could destroy crops and pasture and threaten the livelihoods and food security of 3.6 million people across the region and in Yemen. Read more…

Photographers Use Portraits And Still Life To Highlight Hunger

Increase in burning of plastic ‘driving up emissions from waste disposal’