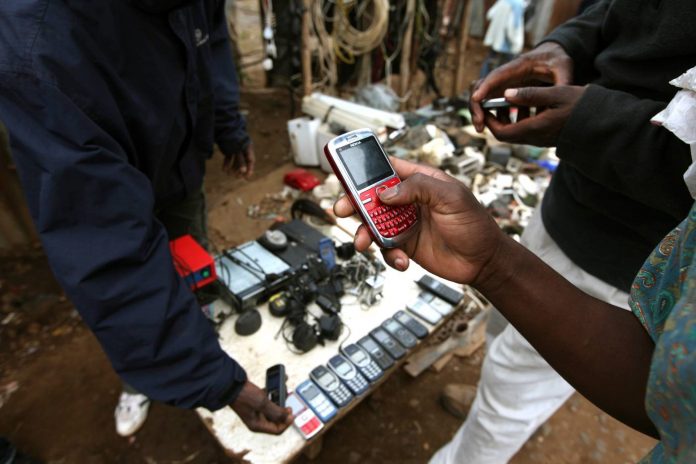 In Kenya’s poor rural and slum communities, residents have lots to sell – from home-grown tomatoes to their labour hoeing fields or teaching children – but few people have enough cash to buy the goods and services, reducing the incentive to produce more.

Barter works for some exchanges, but keeping track of who owes what is an inefficient process. The same goes for village savings and loans groups where transactions are commonly recorded on slips of paper and kept in a locked box.

The Red Cross societies of Norway, Denmark and Kenya on Tuesday launched a two-year effort to help solve this lack of hard cash by deploying blockchain-backed “local currencies” to smooth trade in communities and spur economic activity.

The project aims to improve the use of $1 billion a year in aid distributed as cash and vouchers by the Red Cross – the largest humanitarian donor after the United Nations – to meet needs before and after disasters.

The new currencies use credits transferred by mobile phone and automatically recorded with blockchain. They allow slum-dwellers or villagers to be paid for their labour and spend the credits they earn on local goods and services.

The system works much like Kenya’s popular M-Pesa mobile money transfer system, but users do not need to hold Kenyan shillings, said Adam Bornstein, who works on alternative financing for the Danish Red Cross.

Tested in parts of Kenya and Ethiopia, it has boosted economies in poor communities by enabling credits created from work, sales or aid infusions to be traded multiple times and spent locally, he said.

The new programme will expand in Kenya and could also be rolled out in Malawi, Myanmar, Zimbabwe, Cameroon and Papua New Guinea, aiming to reach 320,000 users in the next two years.

Paula Gil, a Geneva-based humanitarian consultant, said the technology could bring about a revolution in aid delivery.

“This is the future,” she told the Thomson Reuters Foundation, adding it was “probably the only true use of blockchain for good”.

Will Ruddick, founder of Grassroots Economics, a foundation that develops community currencies including for the Red Cross project, said the blockchain-backed exchange systems could reshape how spending for development and resilience-building was directed around the world.

It is also relatively cheap to run, at about $40,000 a year for servers and support to cover all of Kenya, following more than $1 million in initial start-up funding from Norway and other donors, he said.

But not everyone has welcomed the idea. Some Kenyan banks fear the creation of more sophisticated community credit offerings could cut demand for their loans, Bornstein said.

And to assuage privacy concerns among users, data is held on secure servers, Ruddick said.

But using blockchain to support a local credit system increases transparency, he said, with donors able to get a near real-time view of how well their aid is working so they can adjust it as needed instead of waiting until a project ends.

Community currencies could also help plug a shortfall in credit needed by small and medium businesses in the developing world, estimated by the World Bank at $2.6 trillion, he said.

Paying teachers in local credit that they can use for rent and food creates a “resilient cycle”, Ruddick said.

“Those kind of loops are what economies are built on. If they’re not there, you end up with the chronic cycle of the Red Cross giving aid every three years because it’s not building communities up,” he said.

It took 15 years for organisations “not to be scared of giving people money” instead of food or other aid items to cope with disasters, she said.

“I hope it doesn’t take another 15 years to understand we need to support local economies instead of giving people cash,” she added.

Desertification A Threat To Africa’s Development