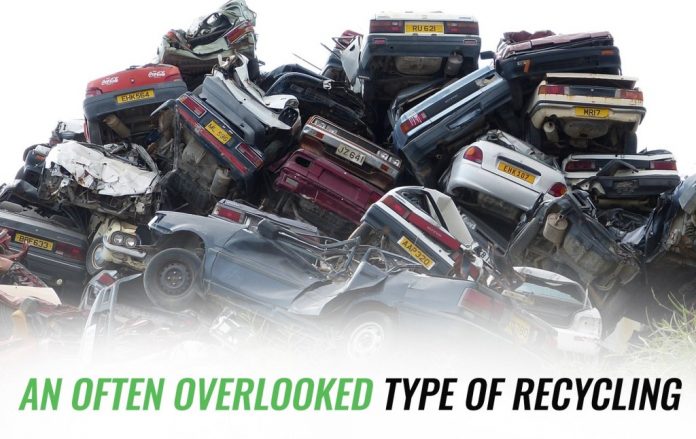 When you hear the word “recycling,” you may think instantly of a couple of things: paper, cardboard, or those artsy Facebook videos promising to teach you “15 Ways to Turn a Milk Jug into Home Décor!” On the other hand, what you may not instantly think of is cars. Yes, cars!

What happens to cars at the end of their lifetime? For most personal vehicles owned by Americans, they get recycled. According to this paper, produced by Argonne National Laboratory in 2010, between 10 and 15 million vehicles are recycled by Americans each year. And a good thing, too, because the automotive industry is one of the largest consumers of materials in the entire United States.

While the US Environmental Protection Agency states that four major components of vehicles—plastic, metal, rubber, and glass—accounted for only 30.2% of our national Municipal Solid Waste (MSW) in 2017, it is estimated by the Steel Recycling Institute that “nearly 100 percent of the out-of-service automobiles are collected for recycling.” That means that Americans are recycling their cars at higher and more consistent levels than almost any other consumer product.

Even with these statistics so high, however, it’s still essential for car owners to understand why car recycling is so important for our economy, climate, and pocketbooks. Read more…

Building A Musical Movement From Trash