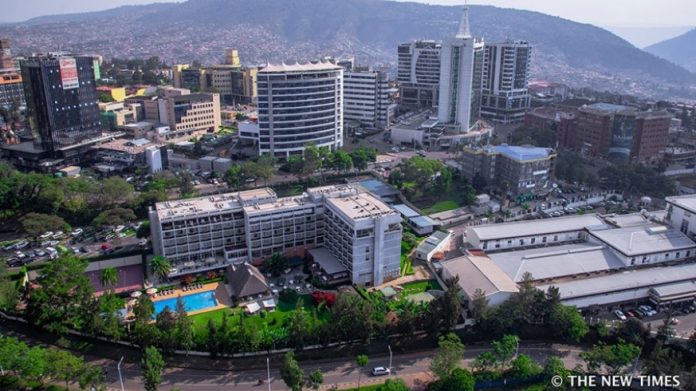 As Rwanda positions itself to become a regional technology, financial services, and conference hub, demand for the right infrastructure is growing.

Ultimate Developers Limited (UDL), one of the market leaders in real estate, says it is responding to that need and will soon make Rwanda home to Africa’s first gold-rated green, mixed-use complex.

UDL is in the process of building a 16-storied complex that will combine smart and green concepts.

It is expected to sit on a 4 square kilometer land in Kigali’s Commercial Business District (CBD) opposite Hotel des Mille Collines, the company disclosed.

A gold-rated green building is a building that has been designed, constructed and operated so as to have a low impact on the environment.

It is basically designed to maintain a substantial reduction in energy and water consumption, low carbon footprint (emissions), and reduced impact on natural resource consumption.

Such buildings also ensure there is a complete elimination of hazardous waste as well as the reduction in operational costs, among other things, which in turn provides productivity and the well-being of the occupants through better indoor environment quality.

“As real estate developers, we see opportunities in combining smart and green concepts to establish new complexes because this has proven to be attractive to many people and companies. We want to be the first to have such standards,” Alice Ntamitondero, UDL’s acting Chief Executive Officer, told The New Times.

While the work around the establishment of the complex is at its early stage, Ntamitondero said they have already received bids for the design, finance, and construction of the complex.

“We are at an early stage. We have received prospective bidders, including international bidders, and are still reviewing their offers,” she said.

UDL is keen to complete the construction of the complex within three years. The facility will have for offices, residences, entertainment spots, and retail stores, Ntamitondero said.

Once complete, the CEO says, Rwanda will become the first country in Africa to have such a complex that combines gold certification, green and smart concepts.

“There are many commercial complexes but studies have shown that people want comfort and those concepts bring about that. We think more people and international companies will come to Rwanda,” she noted.

They say it will increase the aesthetic value and brand the Central Business District of Kigali, as well as showcase Rwandan character and architectural talent.

Earlier this year, the Government approved a ministerial order that, among other things, establishes the Green Building Minimum Compliance system, a system that will help property owners and developers choose indicators based on the applicability to the building type, usage, and the benefits associated.

Green buildings and green cities have been recommended to reduce that stagnant rate. Read Original Article on The New Times.