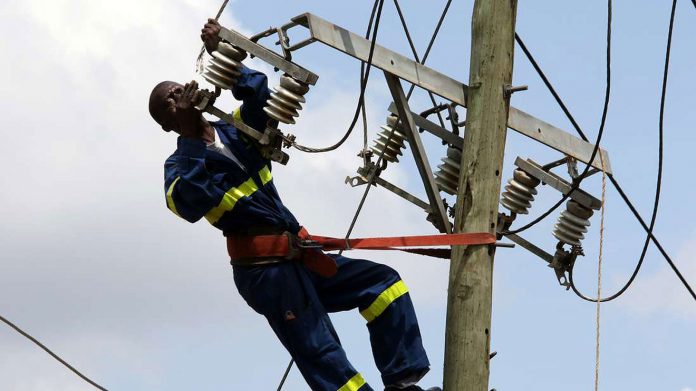 Recent news coming from Kenya Power has been generating more heat than light and the company risks being swallowed whole by the ensuing financial storm.

The deteriorating financial health of the electricity retailer poses systemic risks across the economy, not only for consumers but for power producers too.

This is a classic case of too big to fail, not because of the utility firm’s innovation but purely on the basis of its far-reaching role – powering customers, who have little supply options.

In better times, many businesses would wish to be in Kenya Power’s shoes – a monopoly and a supplier of a product used on a daily basis by homes and businesses.

But power economics may be a complex puzzle, especially for a government-controlled distributor like Kenya Power.

One may ask – why does power producer KenGen seem to be doing much better despite being government-owned and listed on the stock market like Kenya Power?

Diversification, innovation and taming costs seem to be the guiding wisdom for KenGen, which booked a net profit of Sh7.8 billion in the last financial year compared to Kenya Power’s Sh262 million. The power generator recently bagged its first foreign contract in Ethiopia to drill geothermal wells – an area in which it has over time honed its expertise. It operates a geothermal spa, the first in Africa, at Olkaria in Naivasha and is moving into bottled drinking water market, processed at the Gitaru hydropower station.

Already, the firm has stopped buying drinking water for office use and is instead internally using the Gitaru bottled water, returning huge savings. To ensure development of new projects without burning through its cash reserves, KenGen is moving to develop the 140MW Olkaria VI geothermal plant through a public-private partnership model. A local factory is also being set up to produce special detergent for drilling geothermal wells, in what will see KenGen stop importation of the fluid.

All this is a demonstration of a firm driven by foresight and innovation.

But opportunities abound for Kenya Power too, and they are many. But only a visionary breed of leadership can spot and tap them and steady the sinking ship.

Presently, a cash squeeze for the distributor means a dilution of service delivery and a neglected network while power generators may suffer payment defaults for electricity supplied though Kenya Power.

Outside electricity market, Kenya Power has had multiple investment windows, which it has failed to capitalise on.

The firm is known to have earlier indicated interest in entering home internet business as part of its revenue diversification strategy. It had gone ahead to pilot home fibre connections in hundreds of households on the outskirts of Nairobi – Ruaka and Ridgeways estates – and determined its viability by 2018.

Kenya Power leases out its dark fibre optic infrastructure to internet service providers such as Safaricom and Jamii Telecom.

Power lines are fitted with fibre optic cables to facilitate communication between power plants/substations and control centres. This role only takes up only a fraction of the fibre optic capacity, leaving room for other uses.

In piloting the last mile fixed internet concept in 2018, Kenya Power had the option of partnering with a service provider or running it alone.

Additionally, the utility firm has previously sought to create a solar PV hub at its Institute of Energy Studies & Research in Ruaraka as its way of entering into solar space. Also, the company wanted to open new revenue streams through scaling up its consultancy arm, and conducting energy audits for large customers. These seemingly well-thought-out plans have, unfortunately, remained on paper.

Kenya Power recently also signaled plans to partner with a strategic electric cars service provider, an arrangement that will see the utility firm operate solar powered charging stations. This could be a game changer in coming years as mobility shifts towards electric units, and the company shouldn’t drag its feet on this, like it has done many times before.

The power firm has in the past sought to ride on its revenue diversification plan to cushion itself from competition in the face of emerging trends that threaten to eat its lunch. Kenya Power has seen its large power consumers – manufacturers, flower farms and shopping malls – install captive solar power plants, cutting back on their power intake from the national grid.

And besides rising operation costs, the energy regulator has prevented numerous attempts by the power firm to increase customer tariffs, leaving it to shoulder a heavy burden amid rising capacity charges levied by idle plants.

Kenya Power, clearly, has missed multiple investment opportunities in the past, but many more abound. It’s time the firm rewrites its story.

The writer is the CEO, Kenya Climate Innovation Center (KCIC).

How to carry out proper sustainability reporting

Is your firm ready for sustainable financing?

Net zero strategy to up the numbers for firms

Financial Access: A move towards women empowerment in Business