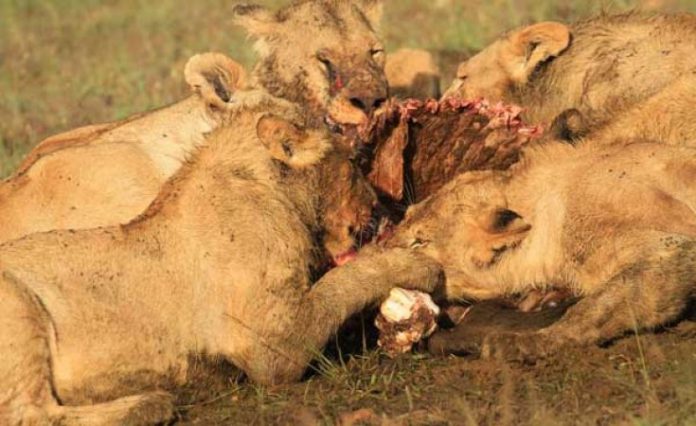 Human-wildlife conflict is a complex issue globally. Whether it’s mountain gorillas stealing bananas from farmers on the edge of Bwindi National Park in Uganda, or a pack of grey wolves raiding a cattle pen in western Montana, thousands of people navigate their lives alongside unwanted neighbours daily.

This forced coexistence creates friction as it often pits people’s livelihoods against the conservation of threatened species that are important to ecosystems and tourism.

For example, on the Kuku Group Ranch – a farming and wildlife ranch in Kenya – tourism brings in about US$400,000 in revenue annually. But over a six-year period on the ranch, spotted hyenas and lions killed nearly 300 cows a year on average, leading to a conflict where local herdsmen killed at least 51 lions. This is important as lions are one of the main flagship species for tourism in Africa.

The livestock losses are significant, considering 36% of Kenyans live under the poverty line (US$1.90 a day). Even worse, these conflicts can sometimes lead to a loss of human life.

To try to quell human-wildlife conflicts, many conservation organisations and governments have turned to financial compensation. By paying the victims of conflict, they aim to remove the incentive to kill or harm an animal when it kills livestock or damages crops. Read more…