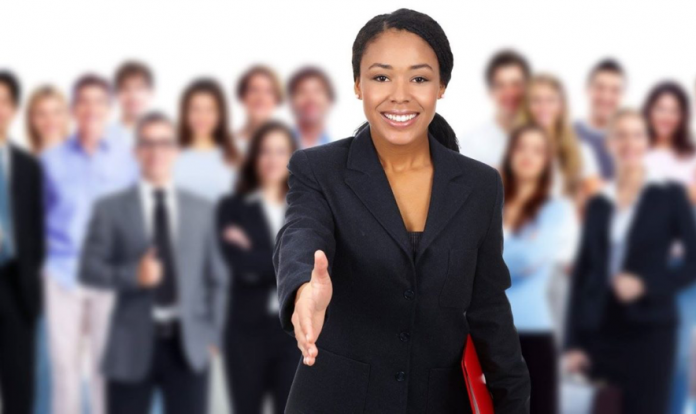 Women and girls are disproportionately affected by climate change, especially in the developing world. Yet, they account for only a small portion of the top leaders in the sustainability space.

With the increased likelihood of severe storms that climate change brings comes the fact that women and children are 14 times more likely than men to die in natural disasters. Women who do survive storms have a harder time bouncing back afterward than men; even in the U.S., women were significantly less likely than men to maintain their pre-hurricane employment after Hurricane Katrina.

Women are also the primary members of the family tasked with fetching water as well as wood and charcoal for cooking. As climate change threatens the availability of these resources, women may end up spending even more hours than they already do in trying to acquire these basic necessities.

Yet, there is a global lack of female representation at the highest levels of climate change decision-making, including in governments and in private corporations. In Kenya, women only make up 20% of high-level corporate leadership– and this number was the highest in the survey of 12 African countries carried out by the African Development Bank (AFD). Additionally, of all the current heads of state in the world, only 15 are women; in parliaments worldwide, women constitute just 23% of policymakers.

Even in the nonprofit sector- traditionally thought to be female-dominated- has primarily male leadership. In the U.S., although women make up 75% of the NGO workforce, only 18% of the largest nonprofits’ CEOs are women, and they earn about 8% less than their male peers.

Do women care about sustainability more than men?

That women consist of the majority of NGO workers is a reflection of the fact that women tend to care that their jobs make a difference in society. Research shows that women are more likely than men to accept lower pay for a job that would make an impact. Women are also more likely than men to take action when it comes to sustainability. For instance, at work, 19% of men compared with 28% of women surveyed said they have contributed to a Green Team or other environmental effort. Off the clock, they are also more likely than men to volunteer or donate money to a charitable cause. Overall, the data suggests that women are driven by their values and belief in themselves that they can and should make an impact on the world.

Incorporating more female leaders on corporate boards is a way to ensure that the company will tackle more sustainability issues. In fact, for every additional woman appointed to a corporate board, the possibility of a business organization being sued for environmental offenses is reduced by 1.5%. However, becoming sustainable does not just help with liability issues- it can also boost profits. Companies with active climate change plans obtain an 18% higher return on investment than companies who don’t. That number boosts to 67% when compared with companies who refuse to disclose their emissions.

Women bring a unique voice to the table

In addition to issues of sustainability, having more women board members is good for companies’ overall success. According to a report by Morgan Stanley, “more gender diversity, particularly in corporate settings, can translate to increased productivity, greater innovation, better products, better decision-making, and higher employee retention and satisfaction.” The key, though, is that there is more that just one woman on the board- research suggests that a minimum of three are needed to make a tangible difference.

Women have a unique perspective when it comes to climate change. By bringing their voices to the table, companies can ensure that they are addressing the true needs of those who will be affected most by rising temperatures. Furthermore as head of consulting at Kenya Association of Manufacturers, Joyce Njogu, said at our recent Sustainability Trends Breakfast Meeting, “Since women tend to care more about products and be the primary shoppers in the family, they need to be represented at the board level to make decisions for sustainable manufacturing.”

An inspiring list of “46 Sustainability Leaders (Who Are Also Women)” shows us some women in the field who are already making a positive difference. Through active training and recruitment of women in the sustainability field, we can help to ensure both a healthier planet and a more profitable private sector.

Mental Health In The Age Of Coronavirus

Kenya: How Kibera Slum Is Coping With Coronavirus Threat