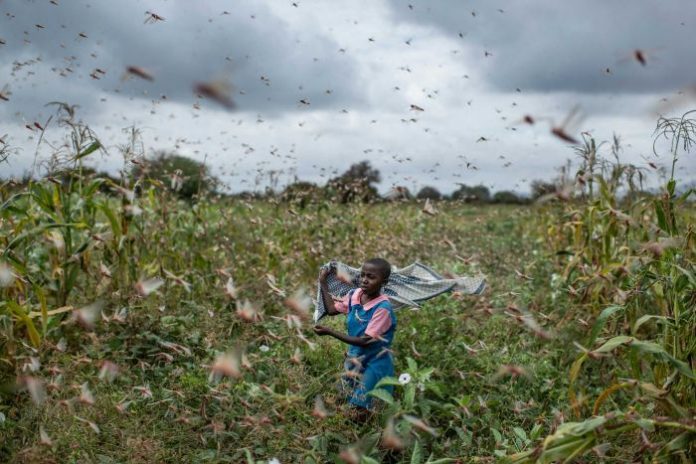 The fight against desert locusts has been dealt a major blow as shortage of pesticides and motorised sprayers grips the market amid supply chain disruption.

According to Cyril Ferrand, the Food and Agriculture Organisation (FAO) resilience team leader for East Africa, the interference is slowing down the fight.

“The biggest challenge is delays in pesticide deliveries due to a significant reduction in global air freight operations,” he said.

This comes barely a week after the FAO warned that locust population would multiply 20 times during the rainy season unless control is stepped up.

New swarms are expected to hatch in May coming from the first generation in the Horn of Africa.

“The first generation of locusts is now breeding, they have laid their eggs; they will be hatching into nymphs and hoppers,” said FAO representative to Kenya Tobias Takavarasha in an interview with Thomson Reuters Foundation last week.

Mr Ferrand added that the organisation is working round the clock to ensure pesticide stocks in the affected countries do not run out.

“That would be dramatic for rural populations whose livelihoods and food security depend on the success of our control campaign,” he said. Read more…