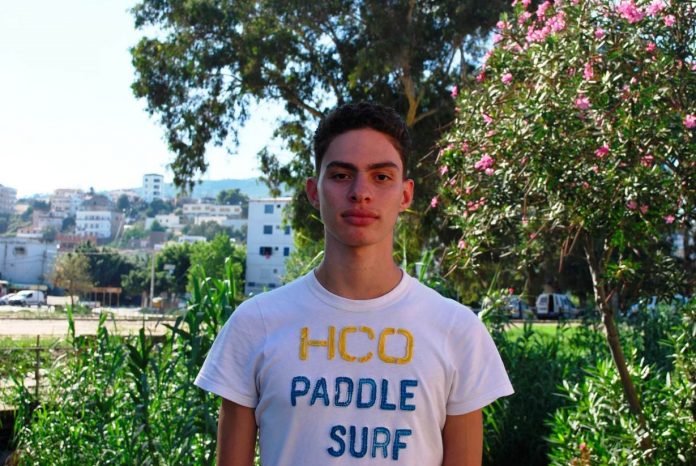 Three years ago, as he sat at lunch at his cousin’s house in Tabarka, in northern Tunisia, Raslen Jbeli heard yelling and screaming outside.

When he stepped out the door, he saw the surrounding forest-covered hills were ablaze – and the fire was rushing toward the village.

“People were running. My mum was freaking out. She said it would be at our house in 30 minutes,” Jbeli told the Thomson Reuters Foundation.

The family fled, evacuated by firemen, and “all we could do was stay away and pray that the fire would not reach our home”, he said.

Ultimately their house was spared, but neighbouring families were left homeless.

He later discovered that the number of wildfires in his region had ballooned from 37 in 2016 to 137 in 2017, amid drier conditions as farmers set fires to clear fields, according to Tunisia’s Civil Protection unit.

That firsthand experience with the surging risks posed by climate change is one reason Jbeli, now 17, has joined a growing global youth activism movement, intent on pushing a faster and more effective response to climate threats.

Jbeli last month added his name to a complaint brought by Swedish teen climate activist Greta Thunberg and other youths around the world, who argued that the rights of children are being violated as governments fail to tackle climate change.

The complaint, filed as more than 60 world leaders met at a U.N. climate summit in New York, charged five countries – Argentina, Brazil, France, Germany and Turkey – with not adequately cutting their climate-changing emissions despite being aware of the associated risks.

Joli, who attended the summit, also joined Thunberg and other youth activists in New York for a climate march that drew an estimated 4 million people around the globe.

“It was a big deal for me to feel like you are not alone,” he said…Read more>>

Inside Safaricom’s Plan To Be In Business For 100 Years