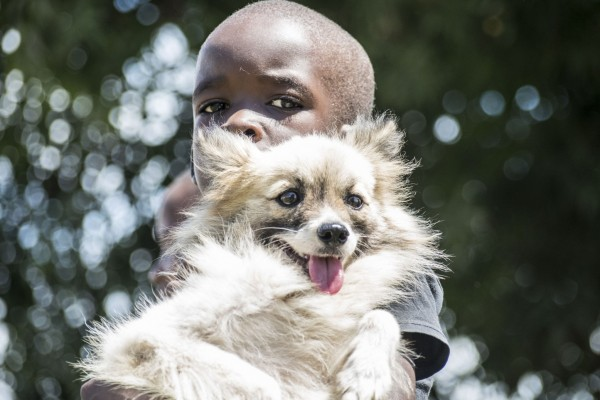 Kenya and Tanzania have been ranked together with the United States and Canada in best animal welfare practices.

London-based World Animal Protection on Tuesday unveiled the Animal Protection Index (API) indicating that Kenya and Tanzania lead in Africa in wildlife protection laws ahead of South Africa and Nigeria. By global standards, however, the two East African nations, known for their vibrant safari tourism, are still far off from nations with best practices like Sweden. The report launch, however, coincided with the killing of a rare white giraffe and her calf in Kenya.

It assessed 50 countries across the world on metrics such as factory farming, wildlife trafficking and stray animal culling legislation.

“Tanzania’s leadership is visible in law through the Animal Welfare Act which includes; recognising both vertebrates and invertebrates as sentient beings; enshrining the Five Freedom in Law; promoting the ‘3Rs’ principles – ‘replacement, reduction, refinement’, regarding the use of animals and scientific research,” said Tennyson Williams, Country Director, World Animal Protection at the report launch in Nairobi.

“Kenya, on the other hand, has introduced the Prevention of Cruelty to Animals Act which applies to vertebrates. The law states that rodeos and animal fights are prohibited; the placement of traps and snares that cause unnecessary suffering to an animal, as well as failing to check on trapped animal is prohibited; recreational hunting, including trophy hunting is also prohibited,” he added.

By virtue of having those respective wildlife legislations in place, the report said, both Tanzania and Kenya scored a ranking of ‘D’, on the index, putting them in the same category as the USA, Canada and Japan.

On the other hand, South Africa which was previously ranked ‘D’ slipped to an ‘E’ score on par with Nigeria.

“South Africa does have the Animal Protection Act which prohibits animal cruelty on all domestic animals or wild animals in captivity. The Performing Animals Act also requires establishments training animals for performances or training guard dogs, to be licenced. However, protections for wildlife are limited as South Africa’s lifted the domestic ban on rhinoceros horn trade risks fuelling the international demand for this product,” the report said.

The study said that Nigeria(ranked ‘E’) lacks a dedicated law on animal welfare, although within the Nigeria Criminal Code, animal cruelty is prohibited. For example, animals used for draft purposes cannot be overloaded or overworked, and there is also a national ban on animal fights.

Ethiopia fared a lot worse, scoring a lower ranking of F. The country’s Criminal Code prohibits cruel treatment of animals in public places, and it is an offense to organise events where animals are treated cruelly, including animal fights and captive shootings. Yet the legislation does not recognise animal sentience, there is no duty of care to animal owners, limited rights for farm animals, and circuses and other forms of entertainment using animals are allowed.

The study comes amid the Coronavirus fallout, which scientists suspect to have been passed from wildlife to humans as a result of poor animal welfare. Other zoonotic diseases that carry deadly consequences for animals and humans include rabies, salmonella and Ebola, all also inherent to poor animal welfare practices.

The Animal Protection Index (API) seeks to highlight good animal practices, and where they fall short on animal welfare policy and legislation, so they can take steps to improve. This could help prevent devastating health epidemics and put in place good animal welfare practices such as keeping animals clean, healthy and with sufficient space to exhibit natural behaviours. For example, Sweden has legislation in place that bans restrictive sow stalls and farrowing crates for pigs, and limits stocking densities for chickens raised for meat, helping to reduce the risk of animal diseases.

“Policies that protect animals protect people too. Some African nations are implementing progressive policies, competitive by global standards. Kenya and Tanzania’s approaches should shine as a beacon of possibility, and I hope they strive for continuous improvement,” said Williams.

“This index is an important tool. It highlights what’s being done well by countries, and where there is room for improvement for all, helping to guide governments on practical solutions to help.”

There is need to shift to sustainable farming to protect biodiversity

How Covid-19 has accelerated firms’ perspective towards environmental issues