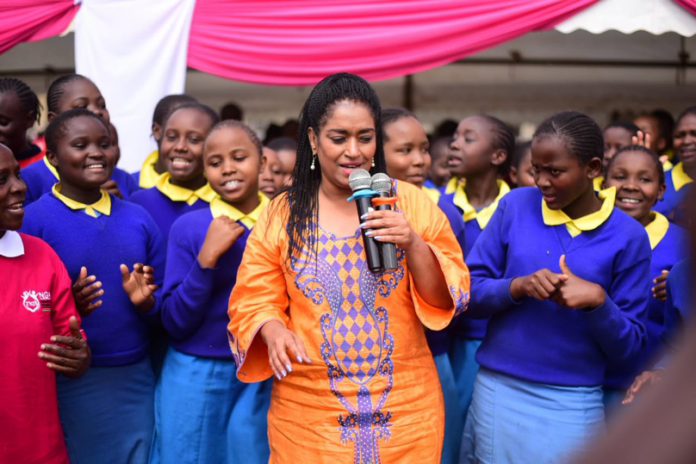 Yesterday the world marked the Day of the Girl Child themed “With Her: A Skilled Girl Force”. The message by UN Secretary-General Antonio Guterres notes that multiple barriers including systematic discrimination pose a threat to today’s 600 million adolescent girls- yet they are the largest generation in history with a vast source of ideas and solutions to key global challenges. Well, the global 2030 agenda presents us with a scorecard for evaluating our progress in empowering girls in pursuit of SDG 5 on Gender equality.

Gender equality is key to addressing the unfinished business of the Millennium Development Goals (MDGs) and accelerating global development to Agenda 2030. A closer look at the SDGs actually reveals that many of targets complement SDG 5 and underscore the role gender plays in addressing stark economic, social and political disparities. 17 goals, 169 targets, 232 indicators with 54 indicators are gender specific, is the scope of the 2030 global development agenda. With 54 indicators in the agenda both as a goal (SDG 5) but also as a vital component of achieving progress across all the other sustainable development goals, gender is an integral part of the global development agenda. SDG 5 address challenges such as violence against women, gender wage gap difference, discriminatory laws, and rights. Well, it’s a milestone, but will only be significant if it’s realized. Fulfilling the 54 indicators is the best chance the world has in realizing the most pressing challenges of our time- conflict, climate change, economic crisis.

To many, it may sound a cliché that “If you empower a woman you empower a nation” but in reality, women are economic agents. Women are key contributors to economies as producers of food, managers of natural resources, caretakers of children and the elderly, entrepreneurs and employees in businesses, and as significant contributors to building the resilience of communities to climate change and disaster.They are greatly responsible for securing food, water and energy and sustaining their families- which means that they are intricately linked to the environment. Since the availability of natural resources is being threatened by climate change, women who are disproportionately affected are as well active in adopting adaptive and mitigation strategies, making them unequivocal agents for SDGs 13 & 14. A research by FAO suggests that if women have the same access as men to productive and financial resources, education and services, and income opportunities, agricultural yields and output would increase and the number of poor and hungry people would be significantly reduced.

Women even play an important role in ensuring the realization of SDG 16- Peace, Justice, and Strong Institutions. One prominent example was the recent peace negotiations in Colombia to end the civil war between the leftist paramilitary group FARC and the Colombian government. As women were severely affected by this conflict through displacement and sexual violence, it was a landmark that this was the first country to create a gender subcommittee in internal conflict negotiations. They also included a gender-focused section in the final agreement. The executive director of U.N. Women released a statement calling this “an opportunity to transform the status of women in Colombian society through fundamental structural change.”

We have to recognize that society cannot develop – economically, politically, or socially – when half of its population is marginalized. A change of attitude that recognizes women and girls as equal partners and valuable contributors to sustainable development as opposed to “beneficiaries or “vulnerable” is a must to harvest their capacity to contribute to the achievement of the SDGs.

Kenya’s Energy Transformation In The Eyes Of An Octogenarian Engineer