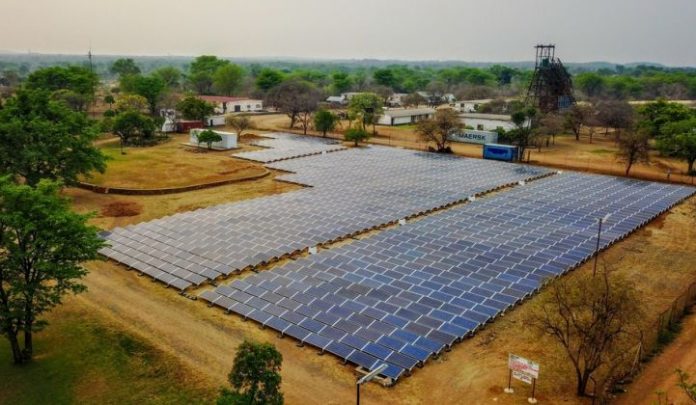 In excess of 110 million households in rural sub-Saharan Africa and Asia are expected to be connected to power through mini-grids over the next 10 years, a new report indicates.

But to achieve this, it would require an estimated capital investment of $128 billion, just about the size of Morocco’s GDP.

This is according to the State of the Global Mini-Grids Market Report 2020 – published by BloombergNEF and Sustainable Energy for All (SEforALL).

“111 million households could be served by mini-grids in sub-Saharan Africa, Asia and small island nations by 2030 requiring capital investment of an estimated $128 billion,” the report reads.

Mini-grids can play a critical role in providing electricity to off-grid rural communities and businesses worldwide. The mini-grid market is seen as the least-cost option for electricity access in many areas, but it is yet to be fully developed and embraced.

“In the fallout of Covid-19, countries have a unique opportunity to ‘recover better’ and reset their economies while accelerating energy access. Now, more than ever, we need a thriving mini-grids sector that can power critical infrastructure and give access to the 789 million people worldwide who lack electricity,’ said Damilola Ogunbiyi, CEO of Sustainable Energy for All.

“We must improve regulatory frameworks, commit greater finance and scale innovative mini-grid business models. This research offers critical insights for all mini-grids stakeholders that can help the market reach its full potential and deliver sustainable development goal 7 progress,” she added.

The report indicates that the estimated cost of electricity is $0.49-0.68/kWh for isolated solar hybrid mini-grids.

A mini grid is a smaller version of the national grid, complete with a power generating plant and distribution lines, but on a smaller scale.

The technology is helping decentralise electricity to off-grid areas, igniting rural economies ahead of the arrival of the national grid.

The smaller grids are most suitable option for many low- and medium-density areas and can address a larger number of low-income families more economically than the alternative options.

There were 7,181 mini-grid projects in sub-Saharan Africa, Asia and small island nations as of March 2020, out of which 5,544 mini-grids are operational. Of the 5,544 operational mini-grids, 63 percent were solar or solar hybrid systems.

“The mini-grids already installed today represent only a small fraction of the total needed for full rural electrification,” the report says.

To this end, there are two big challenges that need to be overcome for mini-grids to scale up and realise their potential.

“First, rural customers in need of electricity access often have limited power demand and sometimes lack the ability to pay. Second, there is a general lack of policies and regulations to support mini-grids,” the study indicates.

However, the areas that the main grid can reach more economically than off-grid alternatives are slowly being exhausted, the report says, and in some places the incremental costs of adding new rural customers via this route are becoming prohibitive. Given that many state-owned utilities are debt-ridden and the need for electricity access is urgent, it is critical for governments and utilities to take a least-cost approach that takes advantage of the breadth of technology options.

A Beat To Sustainability