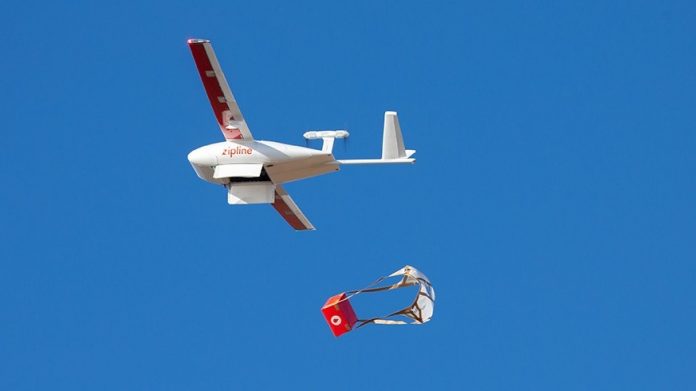 By The New Times

Not long ago, Unmanned Aerial Vehicles (drones) were synonymous with Hellfire missiles raining down on the Taliban in America’s fight against terror. They also carried out reconnaissance missions from a safe distance without endangering troops on the ground.

Today they have become more like toys with all kinds of versions being manufactured. Audiovisual professionals were the first to unleash its full potential coming up with unobstructed spectacular shots from the sky.

At a time when major retailers and postal services were still toying with the idea of using drones to deliver packages to their clients, Rwanda had already taken to the skies, using them to deliver much needed medical supplies, especially blood and vaccines.

Rwanda identified very early the full potential of drones and it set the ball rolling by enacting a comprehensive set of rules and regulatory tools regarding drones and their operations.  So it was the natural choice when the World Economic Forum and the World Bank decided to organize the African Drone Forum slated for next year.

A drone flying competition will also be held, an indication that the continent was ready to embrace a technology that will answer the infrastructure challenges that affect most African countries, where lack of all-weather roads is a logistic nightmare.

As the drone technology continues to improve, it will be definitely a must-have tool in the agricultural sector; inspecting crops, applying nutrients or even eradicating pests. The uses are endless and it should be about time that large scale farmers get on board because the future is knocking at their door and they cannot afford to miss the train.