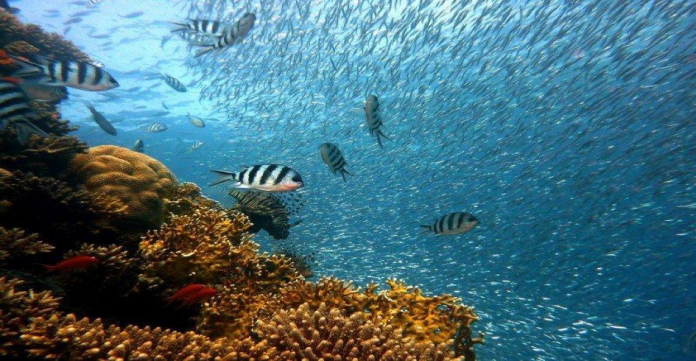 The rich and enormous natural resources of the Earth have been amongst the most strategic assets for both human well-being and development. Our oceans and its sea life are considered to be one of the key resources that make this planet habitable for humankind. Moreover, in Kenya, for example, are our marine and coastal environment vital for economic, social and cultural contributions as these regions are sources for fisheries, food security and a growing stream of tourism.

Currently, the number of endangered animal and plant species in the world is higher than ever before. Our oceans are facing threats of resources depletion and climate change, and the list of ocean animals that are endangered and on the edge of extinction has never been this long. Further damage to the natural resources and a further decrease in biodiversity due to overexploitation of resources, pollution and climate change, will not only impact businesses and thus Africa’s further economic development, but it will also have far-reaching consequences on the quality of life of the people.

In addition to these human-caused problems of overexploitation and climate change, our society has been facing another problem. Over the past 50 years, production and consumption of plastics have continued to rise globally. In addition, the UN states that 8 million tons of plastic waste is dumped into our oceans every year. This pollution has been causing serious consequences for marine life. All over the world, more and more animals are being washed ashore, who died because they got entangled or suffocated in the floating plastic. It is even stated that by 2050, the problem will reach a point when plastic will outweigh fish in our oceans.

Plastic is not only a threat to sea life, a recent study has also revealed that plastic pollution has ended up in the human food chain. In the water, the plastic is broken down in micro-plastic particles, which eventually end up in our diet, be it through fish or tap water. The consequences of this phenomenon are yet unclear, but it might be obvious that this does not contribute to our health and well-being.

That action on tackling this problem is required, is finally getting more attention worldwide. The UN Sustainable Development Goal 14: Life Below Water, encompasses ten targets focused on conserving and sustainably using the oceans, seas and marine resources for sustainable development.

A solution to the plastic pollution

Despite that this plastic pollution problem is growing, various developments and actions have been taken to beat this problem and address SDG 14. Whereas the EU just voted last month to ban single-use plastic by 2021, the Kenyan government took drastic measures in August 2017 and imposed a ban on all plastic bags and set high fines to people breaking this law.

Not only the governments are taking action, businesses realize that addressing this plastic problem is creating a win-win situation. Adidas, for example, has been partnering with an organisation that collects plastic from the oceans, resulting in a launch of trainers that are made out of recycled plastic. Next to that already 1 million shoes from recycled plastic have been sold so far, the company now takes the combat against plastic further by committing to only use recycled plastics in all their products by 2024.

Next to larger businesses, also entrepreneurs have acknowledged this problem and few have taken this opportunity to come up with inventive solutions. Six years ago, at the age of 18, the Dutch Boyan Slat came up with the revolutionary idea to build an enormous floating barrier that could collect ocean litter. After a successful crowdfunding action, his company The Ocean Cleanup was founded.

This year, at the beginning of September, six years later, his ideas came into action after years of research and testing. Currently, his Ocean Cleanup System 001 is floating in the Great Pacific Ocean and the largest ocean litter collection process has started. Despite the challenges he and his team are facing since the first results have come in, The Ocean Cleanup team is determined to combat the setbacks and believe that they can achieve their mission.

Another great local example of an entrepreneur that came up with a win-win business model in which trash is turned into treasure, is the KCIC incubated start-up Mega Gas that creates clean cooking fuel out of plastic.

Nevertheless, you do not have to be an entrepreneur or a business manager to be able to make your contribution to reducing or tackling this problem. Individual actions, large and small, make the difference. Stop buying that plastic lunchbox every day, chose to carry a water bottle and refuse plastic straws, because together it will make a difference and the change starts with you.

Too Hot to Withstand- The Kenyan Story of Prolonged Drought

The Worlds Free- flowing Rivers Are Under A Threat and Here...