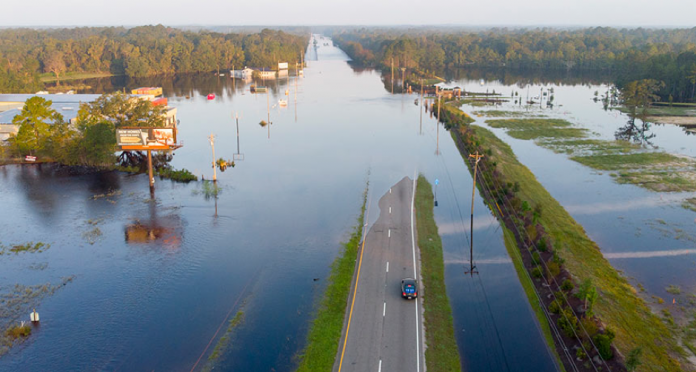 What does 2019 have in store for the global climate?

Weather patterns in countries around the world caught many by surprise. Kenya, for example, usually starts of the year with high temperatures. Surprisingly we have had a bit of light showers, cloudy skies and some chilly breeze. This is just an example of the manifestations of climate change we will be experiencing, all caused by human activities.

Not only weather patterns have changed over the decade. Sea levels have been rising, glaciers have been melting and greenhouse emissions are at the highest level in history. 2018 recorded extreme weather occurrences globally, from wildfires in the US, typhoons in South East Asia to drought in the UK and heat waves in Northern hemisphere that caused wildfires in Sweden. Scientists went ahead to call for curbing measures warning that the temperature is steadily rising. The heat wave was the fourth hottest wave ever recorded. Climate change has spared no country. The effects being felt by people across the globe, leading to disrupted national economies, rise in cost of living that is still costing both communities and countries.

The UN Intergovernmental Panel on Climate Change recently released a report signalling that we have 12 years to mitigate climate change. The report tried to weigh what it would look like for us if temperatures rose to 1.5C. Nevertheless, the urgency of why we should maintain the global warming temperatures below 1.5C. seems to have not been grasped yet. As an individual, you will not notice the drastic change of temperature. However, the changes soon will be felt widely. It will further exhibit the mass die-off of coral reefs, rise in sea levels, extinction of some species both on land and in water and in some cases cause an increase certain species.

Steps taken to Mitigate and Adapt to Climate Change.

Nevertheless, not all is doom and gloom, and most of the time the negative news on sustainability overshadows the positive happenings. Since 2015, global leaders have been working on achieving sustainability on 17 different pillars, framed as the Sustainable Development Goals. SDG 13: Climate Action showcases combatting climate change, so that our planet may incur fewer pessimistic impacts on frequency and intensity of extreme weather events, on security of resources, ecosystems, biodiversity, food security just to mention a few.

To further put SDG 13 into action, all countries globally signed the Paris Agreement at COP21 in 2016. At that time, countriesagreed to limit the global temperatures below 2 degrees Celsius. When President Trump decided to withdraw from the Paris agreement 2017 it was, and still is, feared that his actions may in the future affect the achievement of SDG 13 due to the USA’s dominance in the world economy, particularly in the manufacturing sector. The industrious country has recorded high Co2 gas emissions this year after three years of decline.

Despite the fact that Trump withdrew from the Agreement and the countries’ emissions increased, his actions caused a reverse effect and did not stop various states from implementing policies to help mitigate and adapt to climate change. U.S leaders came together to form the U.S Climate Alliance after President Trump’s withdrawal from the Paris agreement to continue upholding the objectives of the 2015 agreement.

But not only leaders in America have taken action. Last year, China showed the world that they are determined to reach the targets, as they took a huge step by deploying 60,000 military personnel to reforest land on 6.66 million hectares of land. This was in addition to the reforestation of 338,00 square kilometres reforested in the past 5 years.

Costa Rica took a progressive step  by being the first country worldwide that committed to become completely carbon-neutral by 2021, in addition to the fact that the country has been running on renewable energy sources for 99% since 2014. New York plans to divest its pension funds from fossil fuels to pull $5 Billion on investments from oil, gas and coal.

Israel pledged to eliminate the usage of coal, gasoline and diesel by 2030. The Energy Minister citing that within 12 years Israel will be fully relying on natural gas.

The pace of quickening adaptation efforts is increasing at a fast rate. The world has shown that it has the technology needed to combat climate change and the combination of wind and solar energy to pass 1000 gigawatts equivalent to 1600 Coal plants induces the certainty of this conclusion.

In Africa progress has been made on climate change mitigation. Here in Kenya, county governments such as Machakos County have integrated the adaptation measure into the County Government Development Plan creating awareness to the community on the importance of mitigating and adapting to climate change.

It is clear that economical scalable solutions exist to enable countries to take a step toward achieving resilient and low-carbon economies. Therefore, despite the setbacks and the negative news that dominates the headlines,we should not lose focus on the positive things that are happening out there. Let’s make 2019 the year that we focus on that, and keep striving to make things better.

Greening cities for a sustainable Africa and lessons for counties

Do We Seriously Need More Rubber?