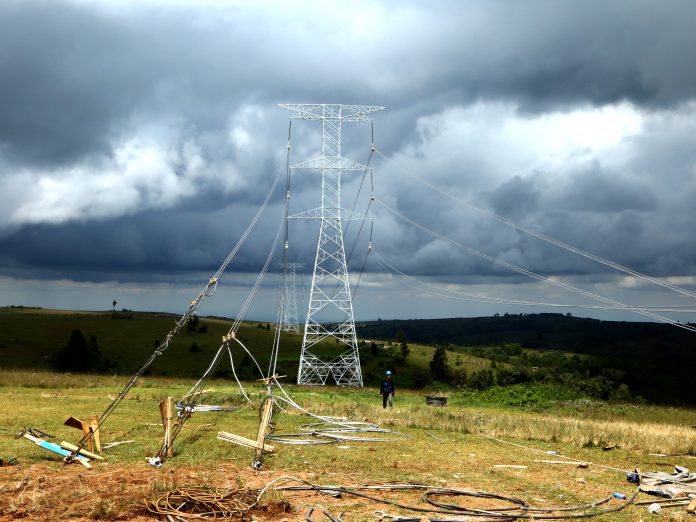 Until August 2017, Kenya’s capital Nairobi relied on a single overburdened transmission line for geothermal power supply from the steam fields of Rift Valley.

Even as the country prioritised geothermal use over other sources available like weather-dependent hydropower and expensive gas-emitting thermal plants, supply of the steam energy was constrained and prone to interruptions. Unforeseen hitches and scheduled repairs on the line would cut off supply of the clean, low-cost renewable energy. Kenya is ranked the seventh-largest geothermal producer in the world, with an installed capacity of 823 megawatts (MW).

The line was the only link between Nairobi and the geothermal fields. With a maximum transfer capacity of 500MW, the line supplied electricity to the city and its environs through the Nairobi North substation to Dandora.

Past interruptions had far-reaching ramifications, sending homes and businesses reeling from losses.

In January 2017, for instance, the whole of Nairobi, Mt Kenya region and dozens of other towns were hit by a blackout that lasted for hours after the geothermal line to Nairobi tripped, cutting off supply. The line runs from the Suswa substation in Narok within striking distance of Olkaria geothermal plants, some 80km from Nairobi. It is known as the Suswa- Nairobi North line.

The double-circuit line has the capacity to transfer 500MW of geothermal power, each side 250MW. That fateful morning, one circuit suffered a glitch that saw the power-flow change paths to the other functioning circuit, which tripped on overload resulting in power supply loss. It exposed the soft underbelly of the system given that a similar outage had been witnessed a year earlier in August 2016.

But all that changed in July 2017 following the completion of an alternative line on a different route– the 102km Suswa-Isinya (Kajiado) line, with a transfer capacity (1,000MW) double the old line. Away from the Nairobi north line, the new cable charts its own course, running in a south-easterly direction.

It was built by Kenya Electricity Transmission Company (Ketraco). From Suswa, the new line runs from the Isinya substation in Kajiado to connect to Nairobi’s Embakasi substation (eastern Nairobi) effectively providing a much-needed alternative route for geothermal power transportation to the capital.

“With the alternative supply pathways, cases of wide-scale blackouts in the city and its environs are now a thing of the past,” said Ketraco Senior Technical Advisor John Mativo.

Aside from the Suswa switchyard, which serves as an interchange for power from different sources, the rest step-down substations reduce the voltage of incoming electricity from power plants to lower levels suited for homes and businesses.

Besides feeding Nairobi, the Suswa-Isinya line also connects to the 482km Mombasa-Nairobi line at the Embakasi station, enabling transfer of geothermal to the Coast.

Also, apart from meeting growing electricity demand within Nairobi, the alternative supply path has brought about redundancy. This has effectively insured the capital from interruptions should either of the paths suffer downtime.

The new line runs from Suswa substation to Isinya substation to Athi River substation, which then feeds to Embakasi substation, east of Nairobi to Dandora substation, on the outskirts of city centre. It is also through this line that Lake Turkana wind power finds its way to demand centres. On the other hand, the old Nairobi-North line runs from Suswa through Nairobi north substation (Ndenderu) to Dandora which is connected to Embakasi station, meeting the supply from the new line and creating a ring of power supply. This ring is dubbed the Nairobi Ring project, similar to what advanced metropolises have, including the city of London. There are now plans to construct the greater Nairobi Ring project which will cover Thika town and Gilgil, among others, according to Ketraco.

Currently, the North Rift and Western regions of the country, which are yet to be linked to geothermal supply, get their power from Turkwell and Sondu Miriu hydropower stations, alongside expensive backup electricity from gas turbine station fuelled by kerosene at Muhoroni in Kisumu. Also, a small share comes from imports from neighbouring Uganda. A line is under construction to connect these regions to geothermal through the Olkaria-Lessos-Kisumu line set for completion, hopefully this year.

The Suswa-Isinya line, which has created a ring around Nairobi, will equally form a major power interconnection/exchange hub for the Ethiopia-Kenya Electricity highway project thereby enhancing regional interconnectivity as well as grid stability. Furthermore, the project will integrate the Southern countries, including Tanzania electrical grids through the Suswa-Isinya and Isinya-Arusha-Singida 400kV projects.

“The project involves strengthening the Kenyan grid by creating a ring around the Nairobi collection through reinforcing the existing grid that bypasses the agglomeration by the east, and by building a 400kV line that will bypass it by the west,” said Dr Mativo.

Before the Suswa-isinya line, Nairobi was limited to receiving power from the Tana River Hydro Power Stations through various transmission lines to Juja, Dandora and the Embakasi stations. It is also connected to Jinja (Uganda) through a 132kV line that connects Lessos and Rabai substations to Juja substation. In addition, the capital city was connected to Olkaria, in 2004, using a line from Olkaria through Nairobi North to Dandora.

This Female Artist Sees Beauty Where Others See Trash