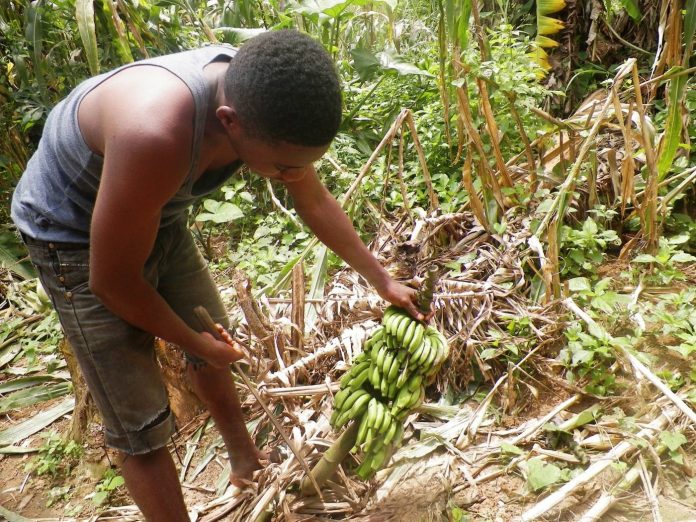 John Tabi, a cocoa farmer from Cameroon’s Southwest Region, barely ekes out a living selling water sachets in a refugee camp in Douala, after fleeing a separatist insurgency back home.

The crisis has reduced him and his family of five to “beggars depending on crumbs from humanitarian aid”, Tabi, 52, told the Thomson Reuters Foundation.

“For three years running, I can no longer have access to my cocoa farm, which is my source of income, because of the conflict,” he said.

Thousands of small-scale farmers in Cameroon’s English-speaking Southwest and Northwest regions have been forced off their land by armed conflict between government forces and Anglophone separatists seeking to form an independent state called Ambazonia.

The crisis began with demands by Anglophone Cameroonians for a bigger say in the Francophone-dominated government, sparking strikes and protests in late 2016 and escalating into an uprising a year later.

The resulting conflict has left at least 1,850 people dead and more than half a million displaced inside the country, according to a May 2019 report by Human Rights Watch.

Hospitals and hundreds of villages have been burned, with more than 80 percent of schools closed and 800,000 children deprived of education, according to the United Nations.

The Norwegian Refugee Council has called it the world’s most neglected displacement crisis, edging towards full-blown war.