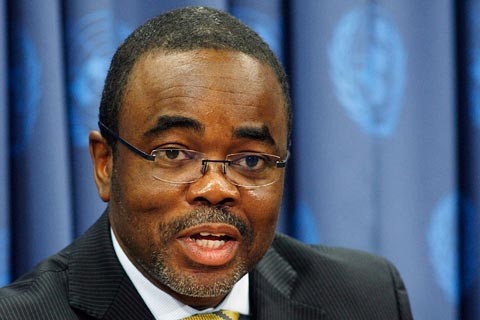 Arable land is vital for Africa, both as a key asset for farmers and, together with vegetation, to help store carbon that would otherwise be emitted into the atmosphere and contribute to climate change. The UN Food and Agriculture Organization (FAO) estimates that by 2030 Africa will lose two-thirds of its arable land if the march of desertification — the spread of arid, desert-like areas of land — is not stopped. As global leaders met in Rio de Janeiro, Brazil, to hammer out fresh commitments on green growth, desertification was recognized as a threat to sustainable development. Two decades ago, the first “Earth Summit” in Rio gave birth to three conventions, including the UN Convention to Combat Desertification (UNCCD). Luc Gnacadja, the executive secretary of the UNCCD, gave this exclusive interview to Africa Renewal’s Busani Bafana on the sidelines of the Rio+20 Summit.

20 years on, has the world delivered on the UNCCD?

Yes, and no. Yes, because when you look at the convention there are a number of requirements and commitments. Developing country commitments were to establish action programmes to address desertification, avoiding and restoring degraded lands and mainstreaming this into national poverty alleviation and development. Developed country parties were to provide financial support and technology transfer for certain country parties to implement those national programmes. Most of the developing country parties affected by desertification have established their national action plan, so that aspect of the commitment has been made. But the failure is that plans will not go to the fields and roll back desertification, it takes implementation. Unfortunately developing countries in Africa, for instance, have not succeeded in reflecting desertification in their plans for poverty eradiation, food security or development. Read more>>

Focus On Policy And Investment As Teenage Pregnancies Remain High