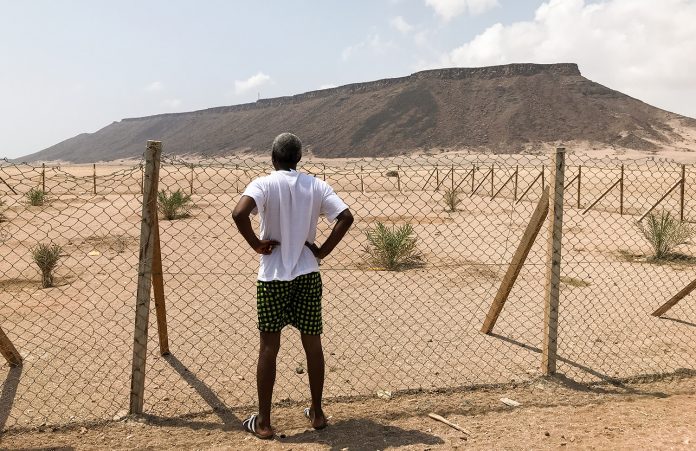 Near Omar Gona’s house in Djibouti’s Tadjourah city stands a wall three metres high and five metres thick. What might be an eyesore for some is a godsend for the city because the wall holds back the monsoon rains that have decimated people’s lives here for decades.

“In 1994, my family home was washed away by a big flood,” says Gona. “Since then, my family have always lived in fear of flooding and in the rainy seasons, we sometimes flee to the mountains leaving all our property here for days.”

Climate change is leading to unpredictable rainfall in Djibouti, with devastating droughts and floods both on the rise. For Tadjourah, a city on the Indian Ocean, the floods are wreaking havoc on infrastructure and farming, perpetuating widespread poverty and food insecurity.

With funding from the Global Environment Facility, the government is taking action to adapt. Supported by the United Nations Environment Programme (UNEP), the authorities built an almost 2km-long wall – technically referred to as a dike – to defend Gona’s Marsaki neighbourhood from the floods.

Such efforts were put to the test during the unprecedented monsoon of 2019 when, according to government sources, 150,000 of Djibouti’s 950,000 people needed immediate humanitarian assistance.

And yet for Gona’s Marsaki neighbourhood, which had been protected by the wall, every one of the 1,500 households were unscathed when the monsoon hit. In stark contrast, Palmaré, another Tadjourah neighbourhood without a wall, suffered severe damage.

“Since the flood wall was built, we’ve seen our neighbourhood grow,” says Gona.

“During the flood of 2019, I climbed onto the flood wall to see the other side. The water was rushing furiously with unbelievable power. It was scary. I saw then what my family had avoided.”

The success of the initiative has now led to the approval of a much larger, almost $10 million project in Djibouti’s Tadjourah and Dikhil regions. Supported by UNEP and based on a government climate adaptation plan, it aims to further expand  flood defense infrastructure. Read more…

What Passenger Cars Are Made Of: A Key Issue For Climate...