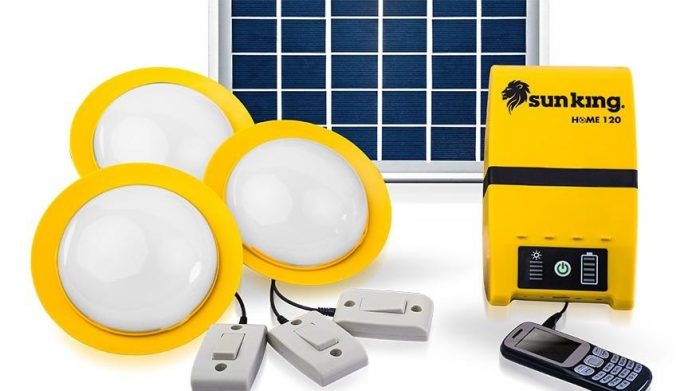 Africa’s never-ending lands, panoramic views, intriguing culture, and special cuisine go hand in hand with some very specific needs and challenges. But alongside the many issues that the continent faces, there is an abundance of responsibility.

So is the case of Tharcille Tuyisenge and Grace Uwase, who have decided to take action – and bring impact to the lives of people they have never even met.

A few weeks ago, I visited Ignite Power HQ in Rwanda, where the company has been operating for the past 5 years, providing home solar solutions to hundreds of thousands.

Just before leaving the office, I saw one of the employees arranging a large sum of cash; I was confused, as Ignite is leading the transition to a cashless economy, with all client payments are made using mobile money. I asked how such a large sum found its way to the office, and I was certainly not expecting the response.

The company’s finance manager pointed at a 20 and 23-year-old ladies, Tharcille and Grace, and said they came to purchase solar home systems to distribute to families in Rwamagana, one of Rwanda’s districts.

I visited the district the day before to meet the mayor,  Mbonyumuvunyi Rajab, and together we discussed ways to provide the furthest, most rural communities with power. “Providing all people in the district with power is one of our greatest goals”, he says. “Thanks to our partnership with Ignite Power, we are getting closer to achieving this goal with every day”.

“There is nothing more fundamental and influential than electricity”

Tharcille and Grace grew up in Kigali. After high school, they attended the “Bridge to Rwanda” scholars’ programme, which prepares high performing students from East Africa to attend undergraduate studies abroad. During the spring semester, Tharcille and Grace applied for the Master Card Foundation (MCF) Scholars Program at the African Leadership Academy grant, which offered a financial grant to young people with ideas for ventures that would have a significant social impact on the local community.

They have explored various options in which they could have a big impact, and finally decided to focus on home electricity. “We’ve concluded that there is nothing more fundamental and influential than electricity,” Grace says. “It enables economic prosperity, better education, and of course better health”.

According to the World Bank, more than one billion people today live without access to electricity in their homes. Thanks to the efforts and resources invested by the government of Rwanda to eliminate this phenomenon, the number of connected residents in the country has risen in recent years. Yet, millions of people in the country, and hundreds of millions in Africa, are still living without access.

“We are proud to support such inspiring young entrepreneurs and to sponsor their first steps in the field of impact entrepreneurship. Providing people with electricity for the first time makes a huge difference, and together with other initiatives sponsored by the foundation, creates a massive global impact”.

After some in-depth research work and application filling, Tharcille and Grace were awarded the grant. They chose to purchase home solar systems for families in Rwamagana district, providing safe and sustainable electricity in one of the villages. They researched various companies and suppliers, and finally chose Ignite Power. “Initially, we were planning to purchase 10-12 systems,” they say. “But when we talked with Ignite, we realized that we can increase the number of systems to more than double”.

Now, new home solar systems have been installed in the homes of 25 families in the Rwamagana district, and Tharcille and Grace are hoping this is just the beginning. They advise young people who want to make a change in the country “not to be afraid of taking a risk, as risks and opportunities come hand in hand. Failure is not a bad thing, quite the opposite: It is the way to realize our goals and dreams.”

Rwanda and Africa, in general, have a lot of work to do to achieve the goal of connecting all people to electricity. Joint efforts by local governments, international organizations, business companies – and local entrepreneurs such as Tharcille and Grace, lead the continent toward a much better, brighter, future.

Inside Safaricom’s Plan To Be In Business For 100 Years

It’s Time For Women To Claim A Voice In Agriculture