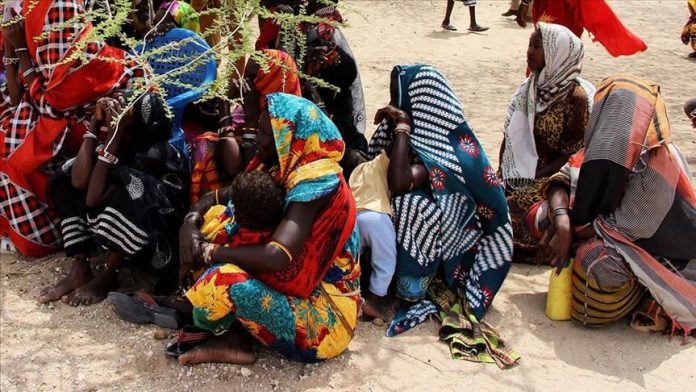 More women than men live in extreme poverty in Kenya with four million females subsisting below the poverty line, a new report shows.

Vienna-based World Poverty Clock indicates that 4.1million women in Kenya are living below the standard poverty line of $1.90 per day with only 3.7 million men belonging to the same category, pointing to gender pay gap. The agency points out rural Kenya and urban slums to be the breeding grounds for penury.

In total, 7.8 million Kenyans live in abject poverty, representing 16 percent of the population (48.8 million), the real-time data shows. It’s an improvement over the past three years when the same agency put the country’s destitution rate at 22 percent in 2017.

In the region, Kenya has the lowest share of poor people while Burundi has the highest rate with more than three quarters (76 percent) of its population wallowing in poverty, followed by Rwanda (46 percent or nearly half of the population). In Uganda, which has an overall poverty level of 37 percent, 8.4 million women are deep in penury while Tanzania, whose poverty rate is 39 percent, has a pool of 11.4 million poor women. In Ethiopia, a quarter of the population lives below the poverty line out of which 13.3 million are females, more than three times Kenya’s share of impoverished women.

Though women have in recent years made gains in corporate, business, sporting and leadership worlds, earning decent incomes, there still remain huge gender pay gaps and biases in access to opportunities.

Encouragingly, recent calls for gender parity have seen a number of local firms open up executive suites to professional females for diversity and gender equity even as more women than men climb higher up the education ladder.

Just a layer above the poverty line is a huge pool of Kenyans living on the edge, and always at risk of slipping back to poverty should unemployment, sickness or drought strike among other shocks. With the global coronavirus having induced partial shutdowns and cooling business activity, more households look set to slide into the red territory with the prospects of job cuts and business losses.

Only 42 Kenyans are getting out of poverty every hour, representing a poverty escape rate of 0.7 people per minute, the World Poverty Clock shows. This falls short of the momentum (84 people per hour or double the current rate) required to eliminate destitution by 2030 as per the UN’s Sustainable Development Goals (SDGs).

Read also: How Kibera Slum Is Coping With Coronavirus Threat

Kenya: How Kibera Slum Is Coping With Coronavirus Threat