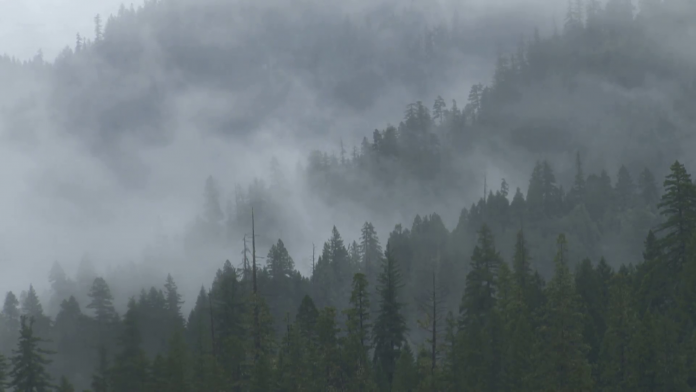 Residents of a rural outpost in Central Kenya were this week baffled after they experienced a strange phenomenon never before witnessed in the area – black rain.

Nestled in Nyandarua County, 50km from the capital Nairobi, the area was peppered with torrents of black rain, which experts suspect was a product of a heavy concentration of particulate matter that drifted inward from urban centres miles away.

The localised phenomenon has raised alarm over a possibility of similar occurrences in future, which could badly hurt the agricultural fortunes of the region.

“You know yesterday I got a surprise. Somewhere in our county, there was black rain! Rain came from the skies and it was black,” Nyandarua deputy governor Cecilia Mbuthia told participants of a webinar on green economy on Friday.

“A county environmentalist explained to me that this was very concerning. That it was a case of pollutants in the air that may have travelled many miles, contaminating the precipitation,” she added.

Nyandarua is the largest county in Central Kenya and is highly dependent on farming – meaning should there be a repeat of such strange weather phenomena, the livelihoods of many farmers would be on the line.

“Our county is very much agricultural and a lot of food comes from there. But with climate change, we are seeing a lot of challenges – we no longer know the seasons. That’s why it’s important that we support climate-smart innovations like greenhouses,” the deputy governor said.

Curiously, the region boasts of farmlands and widespread forest cover and yet it is being visited upon by the impact of pollution and climate change – a deadly witches’ brew from nature.

“We pride ourselves – we have good forest coverage in Nyandarua at 28 percent, while the rest of Kenya is below 10 percent forest cover on average. We’re encouraging people to plant trees not only to reduce the impact of climate change in Kenya but also to benefit from carbon credits,” said the county official.

Friday’s webinar was organised by Kenya Climate Innovation Centre (KCIC), alongside Kenya Bankers Association (KBA). Among other things, it sought to explore opportunities available for small and medium-sized enterprises (SMEs) in advancing the green economy in Kenya.

“SMEs tend to be more innovative. They can make decisions as fast as possible, which then means bringing in new innovations, and new ways of doing things at a very faster rate compared to bigger organisations,” KCIC chief executive Edward Mungai shared in the virtual meeting.

“That’s why at KCIC, we seek to empower theses enterprises to green our economies through their projects. I believe they can be a powerful force with which to bring about this green change.”

The bankers in attendance acknowledged the fact that that the local market is yet to design financing products tailored for green entrepreneurs.

“As a banking industry, there’s need for flexible green financing products, away from regular financing,” said Nuru Mugambi of KBA.

“We’re looking to bring incentives to green financing, including a tax incentive around green bonds.”

Out Of Sight, Out Of Mind