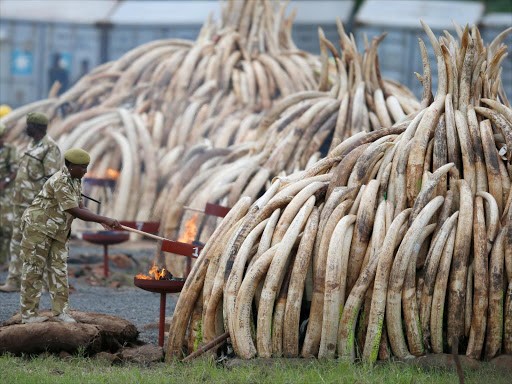 Kenya has thwarted plans by four African countries to allow the sale of ivory.

On Thursday, Kenya rallied the rest of Africa to vote against allowing countries with stocks of ivory to sell them.

Botswana, Namibia, Zimbabwe and South Africa wanted to be allowed to sell their ivory stockpiles.

At least 20,000 elephants are killed annually in Africa for their ivory. This translates into 55 elephants killed daily or one elephant killed every 26 minutes.

With a population of 35,000 elephants, the Kenyan delegation at the ongoing Convention on International Trade in Endangered Species of Wild Fauna and Flora in Geneva could not sit pretty.

Nairobi was acting on behalf of the 32-member state of the African Elephant Coalition. Kenya ensured that the request by the four African countries never saw the light of the day.

Zimbabwe had argued the local communities were suffering as they no longer earned a living from elephants. The request was thrown out.

Botswana’s appeal to be given the go-ahead to sell its ivory stockpiles was also rejected.

The African Elephant Coalition is a consortium of 32 countries interested in ensuring that there is a healthy and viable elephant population.

COVID-19 Is Disrupting A Food Industry Already Thrown Into Turmoil By...

Ghana Wants To Grow More Cashews. But What About Unintended Consequences?