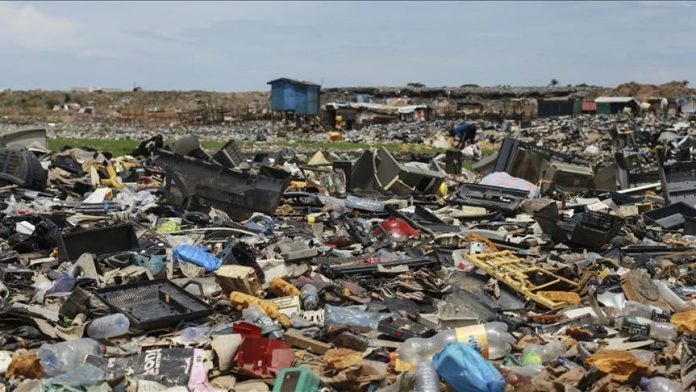 The world produced a record 53.6 million tons of electronic waste in 2019, the weight of 350 big cruise ships, a UN report said on Thursday.

The report said the e-waste – discarded products with a battery or plug – surged 21% over the past five years, predicting that it will reach 74 million tons by 2030, almost a doubling of electronic waste in just 16 years.

“E-waste is a health and environmental hazard, containing toxic additives or hazardous substances such as mercury, which damages the human brain and coordination system,” said the report.

“An estimated 50 tonnes of mercury — used in monitors, PCBs [printed circuit boards], and fluorescent and energy-saving light sources — are contained in undocumented flows of e-waste annually.”

In the middle- and low-income countries, the e-waste management infrastructure is not fully developed, and in some cases, it is entirely absent. Read more…

Drip irrigation can reduce the vast footprint of rice cultivation

Protecting Nature Is Vital to Escape ‘Era of Pandemics’ – Report